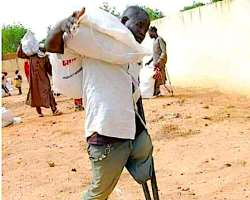 To anyone that is conversant with the dynamics of journalism and its ideal, fact check is central to its role in a healthy democracy, whether it occurs in explicitly labeled fact check segments or within ordinary stories. As recommended in mass communication theory, fact-check can correct misperceptions and create reputational costs for elites who make false claims. However, it may also be the media who incur reputational costs for fact check. But the beauty of fact-check remains in its potency of preempting conflict in all its ramifications. Fact check has been found to sometimes failed or even backfire in its effects on factual beliefs. Such negative effects may extend to trust in and use of news if people see it as a sign of bias. Alternatively, fact checking might have positive effects if people see it as a sign of journalists pursuing truth and holding elites accountable, or if they can somehow be persuaded to see it this way.

As a trained Journalist and an active social media user, it is in the light of the foregoing that I resolved to fact-check a picture that was shared to my profile on Facebook, and which I inadvertently reposted. The picture depicts a disabled person who pitiably has lost one his legs, and moving with the aid of crutches. Without any iota of exaggeration, the depiction made it difficult for me to come to terms with how possible was it for him to have leaned forward slightly and put his crutches about one foot in front of him even with a 50kg bag of rice on his shoulder.

Since I was not at ease with the photo which depicted him as one of the hoodlums that in the past few days resorted to the looting of CaCovid-19 palliatives stored away in state-owned warehouses across the country, I decided to utilize the knowledge I acquired from one of the trainings I had undergone on how to uncover fake news. On that note, I performed a reverse image search using Yandex search engine. Having searched with the aid of Yandex search engine, I discovered that the photo was originally not captured from the scene of looting of any of the warehouses that has been looted by hoodlums during the aftermath of the #EndSARS protest. Aptly put, the photo was not in any way shot in the recent weeks.

As expected in fake news, a Facebook group captioned the picture thus: “This is Nigeria, only by looting would the poor get the palliatives meant for them. People that loot billions of naira are calling the poor that just take what was meant for them looters”. In the same vein, an online news platform on October 26, 2020 used the photo to illustrate a news story titled: “Palliatives Distribution: State Governors on Their Own – FG”. Another online news platform captioned the photo thus: “The State Of The Nation NIGERIA: PictureNews.”

At this juncture, some of the comments that trailed the post cut across, “This is the more reason why the protest must not end”. “Chapter 2 of the nationwide youth protest would be on #EndBadGovernance Now”, “Re: SERIOUSLY: This Picture Will Keep You Mute and Speechless”. “I am truly speechless. But are you sure this is not Photoshoped?”

Besides, the comments that trailed the picture on social media platforms can in this context be collectively considered to be a child’s play when a post that almost met the requirement of an article goes thus: “Beware Nigerians. This is the time to know and understand the true identity of those who cause tribalism on here, they are paid agents, and they are neither from east or west. They have more than twenty monikers, they would create tribal related topics and make tribal comments with different monikers to cause chaos between southerners. Though, they have no conscience but you can try to educate them or better ignore them. They are easy to identify, use your head brothers.

They dominate this platform, they are agents of destruction. They posts mostly in the midnight. They have no resting time until they are able to convince their oppressors”. In the same vein, another online news platform used the photo to anchor a story with the title: “#EndSARS: See how this cripple struggled to walk with a bag of rice”.

But alas! Contrary to where social media users erroneously thought the picture was sourced from, fact-check reveals that the picture was actually sourced when Yobe State Emergency Management Agency-YOSEMA under the auspices of Governor Mai Mala Buni in June 2020 distributed Covid-19 palliatives to Vulnerable Households. As gathered from the fact check embarked upon by this writer, about 8.238 persons benefitted across the State.

The beneficiaries drawn from households in Nangere include, the elderly, women headed households, Persons Living With Disabilities (PLWDs), youth-headed households who are directly or indirectly affected by the pandemic lockdown in neighboring states and other associated challenges in June this year.

It would be recalled that the Palliative distribution was flagged off by the Chairman of the Sub-Committe Dr. Abubakar Garba Iliya who was represented by the Executive Secretary of SEMA and Yobe State Coordinator of Sustainable Development Goals in Sabon Garin Nangere.

In his remark, Garba informed the beneficiaries that the gesture was an ongoing support, and that with available resources government will periodically reach out to the most vulnerable. Each household received bags of Rice, Maize, Beans, tins of Vegetable oil and other condiments.

In as much as this writer is not oblivious of the fact that this piece will elicit irritable and provocative comments from some readers, it is enough to opinionate at this juncture that fake news, particularly on social media platforms is fast becoming a method that is usually resorted to by mischief makers to stir up and intensify social conflict. The fact cannot be denied that stories that are untrue and that intentionally mislead readers have been causing growing mistrust among Nigerians as been witnessed in the last few weeks. In some cases, this mistrust results in incivility, protest over imaginary events, or violence. This unravels the fabric of Nigerian life, turning neighbor against neighbor. Why would anyone do this? The #EndSARS protests that ignited in virtually all the 36 states of the federation like a wildfire has no doubt brought the fact to the open that people, organizations, and even governments use fake news to intensify social conflict in the bid to undermine people’s faith in the democratic process and people’s ability to work together. In the same vein, it is been used to distract people from important issues so that the issues remain unresolved. This shows how fake news is used to distract peaceful efforts and intensify conflict. If you would ask me, Journalists and millions of Nigerians on Facebook should desist from the act as it would not do us more harm than good.