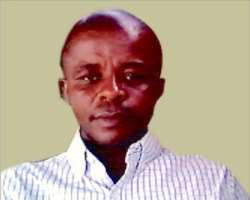 Nigeria as a nation has in the past two decades when democracy re-emerged in its political sphere experienced pang of protests and unrests. But, a peep into this litany of unrests in the country reveals that recently held ENDSARS Campaign by the Nigerian youths which spanned for close to two weeks with a call on the Federal Government of Nigeria to end Police brutality in the country, enjoyed best support from well meaning Nigerians of diverse background, profession, religion and tribe. As they were equally of the view that time is ripe for elected government to treat the youths with dignity and protect their constitutional rights.

Essentially, given that the protest has been brought under control, it becomes unnecesary going into details of state party’s anemic management of the situation which led to human carnage and wantom destruction of both private and public property. However, while this piece prays for peaceful repose of those that lost their lives, it is important to emphasize that the #EndSARS campaign more than anything else set new agenda for the Nigeria’s youngest citizens as well as despatched useful lessons to the Federal Government which must not be allowed to go with the political winds.

Beginning with the lessons President Muhammadu Buhari led Federal Government must draw from this experience is the need to recognize that once the boundaries of the brain is adjusted by new knowledge, it will never regain its original shape. The evidence before the global community points to the piece of information that the Nigerian Youths hitherto relegated to the background in the scheme of political and socio economic affairs of their nation, have finally come to term that sovereignty as provided for in Section 14 (2) (a) of the 1999 Constitution(as amended) belong to the people. Hence, they are ready to hold government accountable and make demand for prudent use of the nation’s resources.

Notedly! similar to a market which emerges with time, Nigerian youths after a long wait appear to have finally emerged both politically and socioeconomically.

Another important lesson that the Federal Government must draw from the event of the past few weeks is the new awareness by the youths that ‘a man who creates power makes an indispensable contribution to the nation’s greatness. But the man who questions power makes a contribution just as indispensable; especially when the questioning is disinterested. For it is in this that we determine whether we use power or if power is using us’.

On the deployment of the military, one point Mr. President must not fail to remember when opting for the military drill in the Future is that Nigerians youths are development hungry and want to see resources channeled to development-oriented projects and not military drills. Federal Government must therefore learn to seek Victory over aggression, victory that respects the opposition’s basic humanity, rights/freedoms and renders further conflicts unnecessary’

It is an aberration says a report for the millitary to be involved in police duties because of the tendency for them to go beyond stipulated terms of engagement. By their training and discipline, they do not know how to relate civilly with civillians and this has been responsible for cases of deadly clashes between them and civillians. Expecting victory through military operation will remain elusive as history bears exemplified testimonies.

Regardless of what others may say, it will be of greater good in political and socioeconomic terms if the Federal Government admits the reality that Nigerian youths are no longer ready to watch the political and leadership affairs of their nation from political gallery.

Separate from providing good governance and granting Nigerians the love, attention and care they deserve, to henceforth, maintain smooth and rancor free relationship with the Nigerian youth, President Muhammadu must be ready to practice empathy, humility, communicate, accommodate, coach and invite the youths to start learning leadership through sincere political apprenticeship/appointments.

Without doubt, effective communication should be a skill that President Muhammadu Buhari must learn going forward if he is desirous of being described as a strategic leader when he must have gone. Humility should mean to him recognizing that he don’t know everything and some of his best strategies have flaws. His ability to practice empathy will create meaningful connections between him and the general masses.

To change this trend, and achieve the objective of engaging youth in formal political mechanisms, increase the fairness of political processes by reducing democratic deficits, contributes to better and more sustainable policies which have symbolic importance that can further contribute to restore trust in public institutions, especially among youth, there are inescapable actions that the youths must take.

Separate from constructively and sustainably engaging the Federal Government as recently demanded by President Buhari, It will not in any way be described as out of place if the youths harness their population advantage and their demographic dividends to form a formidable opposition that holds the government accountable or better still, transform to a political party that members shall seek political offices come 2023 general election.

Supporting this position is Section 39(1) of the 1999 Constitution adopted from Article 19 of the Universal Declaration of Human Rights (UN, 1948) which gives everyone the right to freedom of opinion and expression. The youth must also access the power of the press as Section 22 stipulates that “the press, radio, television and other agencies of the mass media shall, at all times, be free to upload the fundamental objectives contained in this Chapter [Chapter IV: Fundamental Rights] and uphold the responsibility and accountability of the Government to the people”, which has been emboldened by the Freedom of Information Act, 2011.

It is important that Nigerian youths continue to speak up against violation of human rights, suppression of free speech and freedom of the press. Unlike their elders, youths must not initiate, encourage or spread false, mischievous or divisive information capable, or with outright intent, of misleading the populace and disrupting societal harmony and peace. Within the ambience of the law, they must speak up with facts against any wrongdoing or oppression by the government or fellow citizens capable of endangering sustainable democracy and the effective delivery of good governance.

They (youths) should view as evil the argument by political deconstructionists that Nigerian youths must face difficulties as there is no nation where each has his/her own job and house, and where all children receive as much education as their minds can absorb. This claim is not only ‘rationally inexplicable but morally unjustifiable. It is a fact that government lacks capacity to fix socioeconomic challenges alone. But any government with goodwill and sincerity to save and serve the people must develop creative and innovative channels to promoting sustained and inclusive economic growth, social development, environmental protection and job creation.

Also, Nigerians are in agreement that the law is the supreme instrument of the state which must be respected and no one is above the law. This particular fact if well understood will assist the youths to comprehend that as citizens, they are constitutionally eligible to vote and be voted for.

Finally, ‘whenever and wherever words fail to impose order, anarchy prevails. Wherever and whenever signs fail to communicate noble ideas and ideals, humanity is diminished and impoverished’. Likewise Nigerian political space at independence despite being an amalgam of multicultural, multi-religious and multilingual groups thrived peacefully on some values nourished.This harmonious existence, however, has since transformed into a chaotic coexistence. President Buhari’s ability to find answers to the nation disordered coexistence will be most valid lesson in the present circumstance.

As an incentive, let Mr. President remember that ‘a system that advertises complete absence of human kindness, exploits the weak and vulnerable in the society, much against acceptable international practice, and places little or no value on human life is a distructive system’.