*GUNSHOTS: Wike, Thanks For Speaking Up* 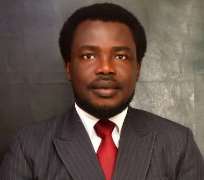 Thank You for speaking up about the unrest in some parts of the state within hours, something that took a particular leader some two weeks to do. Within 12hrs, after I called your attention of the happenings in places like Oyigbo and Rumukwurushi in two open letters, you showed that you have a human soul. Thank You.

I would not like to delve into the politics of proscribing a particular group. Government and the group have a right to settle their scores. I believe they both will achieve this soonest. What I would like to discuss is whether peace has returned to these areas.

Then again, I had thought that you would have set up a committee to evaluate the damage recorded in these areas and look into what led to the supposed break up of law and order before taking the stance you have taken. Please, sir, I am not challenging your Executive Order, but I will like you to remember that public opinion is part of governance. This is what I am just doing.

There is no better law that would stand in any given environment in the absence of peace. My position is for you to make sure that the wanton shootings in Oyigbo is rescinded. It is only when people have started wearing smiles again should we know that peace has returned to Oyigbo where scores have become victims of an avoidable impasse.

Peace is an essential commodity that will keep the state moving forward to its utopian height. I am awake by 2am writing you because peace has eluded the environment, peace is now selfish, intolerant and impatient. Sounds of gunshots are still buzzing out from some quarters. I had thought that you would tell security agents to sheathe their swords but attack only when they are confronted with firearms by any person or organization. Rather than do this, reports from Oyigbo is that due to the reckless shootings, many unsuspecting members of the public have been pulled down in their houses by what we should rather characterise as stray bullet. But te bullets didn’t just leave the gun, someone projected it, hence such a bullet is not stray but rather a projected bullet.

Sir, I wanted you to resolve the subject matter with understanding which brings peace, not with peace that passes understanding. Rivers State has to start making peace. This will help humanity here. The peace I am looking at is the type where people are nice to each other and government uses power of love to conquer love of power.

Your Excellency, there is no freedom in the absence of peace. The residents should be free from fear to talk, walk in the streets and sundry. Sir, it will be in the interest of all if you understand that no nation has achieved peace by force. With due respect, you need to understand in humility of activities going on in the state. Make the state to have inner peace. Create peace in Oyigbo, Iriebe, Rumukwurushi and watch its maintenance.