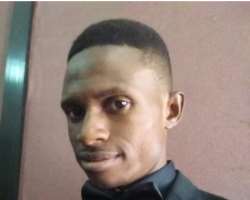 Today, the 22nd day of October, 2020 marked the 13th or so number of days the youths have been on the streets in many parts of Nigeria protesting against the Special Anti-Robbery Squard (SARS), which is a unit of the Police Force charged with the responsibility of combating robbers/armed robbers in Nigeria.

The demand of the Youths is that the SARS should be disbanded because the said unit of the Police Force has allegedly been abusing the rights of the Citizens by extorting, brutalizing and killing Nigerians without justification.

The protest of the youths later grew larger as protesters increased their demands to include but not limited to: sacking of security chiefs, improve security, increase of the salaries of police, the military, doctors, nurses, teachers and civil servants, restructuring of Nigeria, disbandment of bi-cameral legislature and adoption of uni-cameral legislature, stripping of ex-governors and all other elected and appointed public servants of all benefits after leaving office, shaming and naming of looters, inclusive government for all tribes with 50% of youths participation and closure of the Northern border to stop illegal entry of bandits into Nigeria.

The youths protest started very peacefully and orderly. But it gradually degenerated into chaos because the government was not pro-active and tactical in managing the new development. Thus, in the cause of the protest, it was reported that there was prison break in Edo State, where about 100 inmates escaped, burning and bashing of cars, businesses and police stations and killing of persons across the country. The peak of the damage was the sporadic shooting of unarmed protesters in the night of 20th October, 2020 by alleged military personnel thereby grossly ending the lives of many promising Nigerian youths in Lagos State.

The Right to Protest
The laws of Nigeria give its citizens the right to gather and protest against perceived wrong or injustice done to them. Thus, section 39(1) and section 40 of the Constitution of the Federal Republic of Nigeria, 1999 (as amended), (hereafter called the constitution) provide and I quote:

’39-(1) Every person shall be entitled to freedom of expression, including freedom to hold opinions and to receive and impart ideas and information without interference.

40- Every person shall be entitled to move freely and associate with other persons...’

By the above provisions of the constitution, the youths and indeed all Nigerians have the right to gather together and express their dissatisfaction and grieviances against any wrong doer, including the government without interference or hindrance from any person, authority or government. Thus, the youths are only exercising their right by protesting and as such, any attempt to stop the protesters is a breach of their constitutional right and actionable in court.

The Limit to Right of Protest
The rights of Nigerians to gather and protest are not absolute and same must be exercised peacefully and by putting the rights and well-being of others into consideration. Thus, Section 45(1) of the Constitution states as follows:

‘45(1)-Nothing in section 37, 38, 39, 40 and 41 of this Constitution shall invalidate any law that is reasonably justifiable in a democratic society-

Thus, by the foregoing section of the constitution and other extant laws, the protesters are prohibited from obstructing and assaulting others, destroying the property of others including that of the government and taking the lives of others including that of erring government officials. This is so as any person found to have engaged in any of these prohibited acts is subject to criminal prosecution and liable to be punished under our criminal laws if proven guilty in a Court of law.

Responsibility of Government
The primary responsibility of government is protection of lives, property and ensuring the well-being of its citizens. Thus, Section 14(2)(b) of the constitution has this to say:

‘(2) It is hereby, accordingly, declared that-

(b) the security and welfare of the people shall be the primary purpose of government.’

The police and other security agents discharge this responsibility of protecting lives and property of citizens on behalf of the government. See sections 4 and 24 of the Police Act. The Police, the Army and other security personnel bear arms to protect the lives and property of citizens against aggressors and their allegiance is to the Nigerian state and not to the political office holders.

Just like other citizens, the police, the army and other security agents do not have the right and power to obstruct, harrass, dispass, assault and kill any Nigerian, including protesters. Those police officers and military personnel alleged to have assaulted and killed protesters in various parts of the country should be apprehended and subjected to criminal prosecution by the appropriate government agencies and if found guilty should be punished accordingly.

Power Belongs to the People
The power of Nigeria as a sovereign Nation belongs to the citizens and not the government. Any government and/or political office holder who has lost the support of Nigerians either by omission or commission can be removed and replaced. Thus, the Constitution says in Section 14(2)(a):

‘(2) It is hereby, accordingly, declared that-

Sovereignty belongs to the people of Nigeria from whom government through this constitution derives all its powers and authority.’

The above provision of the constitution vests power/sovereignty in Nigerians. And Nigerians can remove and replace their elected representatives both executive and legislature when they have justifiable reason(s) to do so.

How to Remove Elected Government Officials from Office

The power to remove the president, vice president, governors, deputy governors, senators and and representatives at the National Assembly and various houses of assembly is not exercisable through a nationwide protest and/or calling for their resignation, as currently done by some protesters. See section 1(2) of the Constitution.

Similarly, the senators and members of the house of representatives can be removed by instituting proceeding of recall against any or all of them if there is constitutionally justifiable reason(s) to do so. See Section 69 of the Constitution. Also, the members of the various houses of assemblies can be recalled through the same procedure. See section 110 of the Constution.

The Way Forward
In conclusion, it is evident that the Nigerian people are aggrieved by the present government both at the Federal and state levels. The body language of the government both at the Federal and state level so far has shown that the government is not pro-active and/or the government is indifferent concerning the plight of the protesters. On the other hand, it is clear that the protest has already achieved its purpose of loudly telling the government that the people will no longer tolerate oppression, corruption and bad leadership and there must be positive change. The youths should now resort to dialogue with the the government to address their demand and/or mobilize their various representatives to impeach and/or recall the various office holders as provided under our constitution.