#endsars Protests In Nigeria: Statement Of Current And Past Presidents Of Canadian Association Of Nigerian Lawyer

By Canadian Association Of Nigerian Lawyers 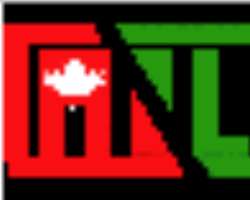 BACKGROUND
Toronto, Canada October 21, 2020: In recent days, Nigeria has been gripped by peaceful anti-police protests. These protests have been orchestrated, organized and led by the Nigerian youth. The protests have gained global traction under the hashtag #ENDSARS. SARS is a notorious Nigerian police unit reputed for gross human rights violations directed mostly against young people.

From all indications, the Nigerian authorities are seized of the massive magnitude of the current uprising. High ranking government and police leaders have acknowledged the protests and have, in quick reaction, announced the disbandment of the Special Anti-Robbery Squad (SARS) and have promised additional reforms. The protests have persisted nonetheless due to earned mistrust of the Nigerian authorities by the people. Unfortunately, there have been credible reports that some protesters have been killed by police operatives and/or pro-government hoodlums while scores of others have either been injured or arrested. Sadly, there has been a serious escalation of the crises. On October 20, 2020, credible reports emerged of incidents where the Nigerian military shot and killed unarmed protesters at the Lekki Toll Gate in Lagos. At the time of this press release, the full extent of the potentially deadly outcome of the military assault remains unclear. Nigerian citizens are under siege. There is need for international intervention.

CRITICAL OBSERVATIONS AND RECOMMENDATIONS
Against the foregoing background, we, the undersigned, on behalf of the Canadian Association of Nigerian Lawyers (CANL), deem it imperative to make the following observations and recommendations:

1. The Constitution of the Federal Republic of Nigeria 1999 (as amended) guarantees the rights and freedoms of every citizen of Nigeria to peaceful assembly, expression and thought. The relevant provisions are contained in Chapter IV of the Constitution. As a corollary, we at CANL identify with and support the decision and action of Nigerians to assemble and express themselves in connection with the issues of governance of our country.

2. The core trigger of the current protests are the numerous alleged incidents of gross human rights abuses to which Nigerians have been subjected by the police in general and by the now disbanded SARS unit in particular. The alleged atrocities and violations are in direct violation of the provisions of Chapter IV of the Constitution of the Federal Republic of Nigeria, 1999 (as amended) and other extant domestic laws which guarantee and protect fundamental rights and freedoms, including, but not limited to, the right to life, dignity of the person, liberty, freedoms of thought, expression and assembly, to the citizens of Nigeria.

4. The Nigerian State owes a solemn obligation to its citizens to ensure good and human rights-compliant governance in accordance with the aforementioned enshrined fundamental rights of its citizens as well as international best practices. In this regard, we at CANL note with particular concern and disappointment the allegations from credible sources that whereas the alleged violations have been widespread and systemic, accountability and recompense have been scant and largely non-existent. We believe that Nigerians deserve better, and, therefore, call for violators to face justice under the law and for the victims to also get remedial justice.

5. It is a trite fact that the #ENDSARS protests are only a symbolic manifestation and a microcosm of a catalogue of governance ills that have engendered bottled-up discontentment among Nigerian citizens at home and abroad. The ills range from cases of police brutality, extortion and extra-judicial killings to instances of administrative oppression and reckless excesses wreaked with impunity on Nigerian citizens by people in positions of authority. We at CANL hereby call for a holistic reform of the governance system. The reform should start with the reorientation and retraining of the mindset of those who occupy positions of authority in government.

6. As a first step, there is an urgent need for a nationwide adoption and implementation of policies and guidelines that uphold and proclaim the rights and freedoms of Nigerians from oppression and any other form of abuse of office. An online Public Accountability Registry System (PARS) should be established at all levels of government for aggrieved individuals to register complaints with commitments from appropriate authorities to address same and publicly register the steps taken to investigate the complaint within fourteen (14) days from the date of the complaint and follow up with disciplinary action where warranted within thirty (30) days from the date of complaint. While there may be privacy rights violations concerns associated with this proposal, the need to tackle the endemic systemic abuses should trump the privacy rights of public officials. If warranted, enabling legislation should be put in place to actualize this proposal.

7. Government bodies entrusted with tackling financial crimes should be transparent about what is done with the money recovered and should themselves be put under public scrutiny.

8. We call on the international community to intervene and prevail on the Nigerian authorities to cease and desist from actions that violate the protected rights of the citizens. We call for the investigation and prosecution of all persons who may have committed crimes against humanity in reaction to the ongoing protests in Nigeria.