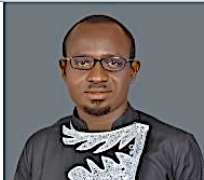 As I read the news of how the Northern Governors Forum led by Solomon Lalong went to Mr President to tell Mr President of their decision on the ongoing ‘’END SARS’’ Protest, the first thing that flickered through my mind was ‘’are these people truly in the same country with us .”

This is not the time to blame Lord Lugard for bringing people with different opinions, political ideologies, creeds , beliefs, cultures ,languages , religions etc together for ease of governance .This the time to judiciously apply the decision of the Northern Governors Forum .

Sections 38 and 39 of the Nigerian constitution give every citizen the inalienable rights to freedom of thought, conscience, religion and expression respectively. The Northern governors as representatives of the northern citizens have expressed their opinion on this matter, such opinion must be respected but we in the south say we do not want SARS or any other new name they are called .

We in the south are comfortable with the present composition of the Nigeria Police Force with exclusion of SARS. We are tired of losing our youths in the hands of SARS men without proper trial. When I was small, Awkuzzu SARS office in Anambra state was metonymically linked to Golgotha. That is a place of the skull, it was only by the grace of God that one could go there as an accused and come back alive .Northern part of the country has more security challenges than the south hence SARS is seriously needed there .

MY TWO ENCOUNTERS WITH SARS OFFICERS IN RIVERS STATE

First , It was when the General overseer of the Redeemed Christian Church of God ( RCCG) visited Rivers state almost a year ago. As part of his visit , he was to hold a crusade in Abonnema town and as the secretary of the medical forum of Region 5 ,I was actively involved . On the last day of the programme in Abonnema, I was driving back to Port Harcourt around 6pm . Immediately I negotiated a bend that connected me to the East-West Road , somebody in mufti just jumped out of the bush pointing a gun at me, first I thought he was an armed robber because I could not see any police vehicle there and the road was very lonely.

However, when I came down I saw some people inside the bush begging them, I was a little bit relieved, at least they were not armed robbers. As I alighted from my car, many questions started flowing in as if I were before a tribunal. I finally gave them my papers as demanded but I quickly suggested that a notification should be placed at least 100 meters before their checkpoint to avoid accident in the future as my car would have somersaulted if I were not driving a back-wheel-drive car that very day. I wondered what would have happened to vehicles that did not have automatic breaking systems like trailers, or vehicles with front-wheel drive assuming somebody in mufti had jumped out of the bush pointing a gun at them as it occurred to me.

This my suggestion infuriated this SARS officer that I handed my papers to, he quickly commanded me to drive my car inside the bush and open the bonnet so that the engine would cool for him to properly check my car. I knew he must have looked at me as a fool for ever making a suggestion to a dreaded SARS officer in Rivers state where SARS officers could kill and label the victims as an armed robbers, militants , or cultists.

At that point , I needed not tell him that I am a medical doctor because many of my colleagues had been beaten to a pulp in the past either going to work or coming back from work in the state. I knew their tricks, they would waste your time and by so doing you would decide to offer a bribe to them or beg them for not committing any crime. Unbeknown to him, he met the wrong victim that very day . I simply dialed the number of one of my relatives in the Nigeria Police Force, this time I called a serving commissioner of Police telling him of my experience with one of their men, he instructed that I should hand my phone to the most senior officer there,I did and I was surprised that the SARS men denied the fact that they even wasted my time . After answering the call, I was asked to leave immediately. As I was driving back I was ruminating on the plight of the average Nigerian who does not have who to call in a time like this .

The second encounter was in front of SARS office, along SARS road during the lockdown. It was a case of woman that had what we call antepartum haemorrhage . The neighbours in our estate were confused as they did not know what to do, it was the chairman of our landlords’ association in the estate who called me around 1 am that fateful day to come over and help a neighbour in the estate. When I came, I saw that the pregnant woman was in a very bad clinical state hence I suggested we move her to University of Port Harcourt Teaching Hospital ,UPTH where I had informed the team on call that I was bringing a patient .

I took my NMA Identity card and offered to drive the woman and other family members to the hospital as anytime wasted in calling an ambulance would of course jeopardize the chances of that woman surviving and she might develop what we call Disseminated Intravascular coagulation(DIC). We met some SARS men along SARS road in front of their office in Port Harcourt, I introduced myself and told them it was a medical emergency, but they still checked my papers while the woman was bleeding in the car .Any reminder to them of the urgency our case needed they would ask me if I wanted to teach them their job. Why should you delay a medical doctor whose papers were complete and current? They allowed us to go when I threatened that I would drop that woman there and turn back to leave and that is anything happened to the woman they would answer to that the next day. But then we had lost about 20 minutes or more with them.

After ensuring the woman was admitted and the team on call had taken over her management, I deemed it necessary to return to my house. On my way back, I met same SARS men at same location .They began same process again but I quickly told them that I just passed there in less than one hour. One of the junior officers collected my papers to start checking them in the dark. I remained calm because my relatives in the Force always advised us not to argue with a man wielding a gun rather we should write or memorize the officer’s name or Force number in case the officer misbehaves for further disciplinary actions.

After going through my papers he put it in his pocket and began to attend to other people they parked their cars , I was very annoyed and surprised ,I went to him to either collect my papers or for him to tell me my offence so that I could know how to start solving the problem .When he ignored me ,I went to their supposed senior officer and reported him to the senior officer . When he was invited, I expected him to say that my crime was this or that but all he could say was why should I report him to the senior officer when he had not finished with me .I asked him what was the best thing to do under that condition ,drag my papers with him or to toe the path of reporting him to his senior ?

He gave me my papers as instructed but before then he said to me , ‘ shebi I don know your face ,another day I go meet you like this ,I go waste you, the highest thing dey fit do me na to suspend or dismiss me but before then I don waste you ,idiot .’ I laughed as I collected my papers from him especially as he did not use their tricks of time wasting to cow me into negotiating a bribe with him even when all my car papers were complete and current.

As I drove back to my house, the last words of this SARS officer re-echoed in my mind. That is exactly the mindset of the officers that the Northern Governors’ Forum want to remain in the Nigeria Police Force . Even in the military era when the most notorious armed robber in the country , Lawrence Anini, was arrested he was given a fair trial in line with S36 of the Nigerian constitution as amended. It was the court that sentenced him to death not the police that shot him after arrest which is in tandem with sections 32 and 33 of the constitution.

I challenge the Northern Governors’ Forum to show me any law in Nigeria that empowers SARS officers they are supporting to either use torture to extract written statements from their victims as against s34(1) of the Nigerian Constitution as amended or to kill the accused without proper trial as against s36(5)of the Nigerian constitution as amended .

Since the Northern governors want SARS let them contribute money to build SARS headquarters and training school in Sambisa forest. Also they can help ensure that there is SARS office in all political wards in the north.

Governor Wike should through the Obio-Akpor Local government chairman rename the popular SARS road Port Harcourt to the name of one of the victims of SARS brutality and impunity. There is no other way the governor will show he supports ‘END SARS’ protest when a major road in Port Harcourt is still referred to as SARS road even in goggle map.