HURIWA  admonished Army Not To Attack Protesters To Preserve Their Improving Image: 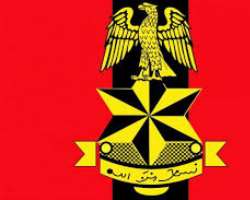 “ As one of the few credible civil rights advocacy platforms that has worked harmoniously with the Nigerian Army over the past five years , we hereby appeal to the chief of army staff Lt.General Tukur Yusuf Buratai, to ensure that the Improved juman rights records of the army under him is not destroyed by temptation to dabble into the rightful National outrage against police extrajudicial execution of young Nigerians . HURIWA says the nationwide protests against the excesses of the Police are constitutional and the legal duty of every law abiding citizens of Nigeria just as the Rights group said on no account should the due exercise of the constitutionally guaranteed fundamental freedoms of the citizens be mistaken for a threat against national security".

The Prominent Civil Rights Advocacy group-: HUMAN RIGHTS WRITERS ASSOCIATION OF NIGERIA (HURIWA) also called on the Inspector General of Police Mohammed Adamu to release forthwith the detainees picked up by SARS in Enugu South Local Government Area Council of Enugu State few hours after the DISBANDMENT OF SARS just as the Rights group said the victims of these horrendous human rights violations were arbitrarily picked up on trumped up charges as a disguise by the Enugu State ministry of Housing to illegally take the ancestral lands of the victims arbitrarily arrested and detained since over a week now.

HURIWA told the Army Chief of staff thus: "As your partners in the promotion and protection of human rights and adherence to the rule of law, we bring you this timely counsel that you as the Chief of Army Staff that upgraded and indeed strengthened a human rights department of the Army, that you kindly ensure that the army maintains professional decorum and not go all out attacking peaceful protesters. At best, the army should be interested in protecting the lives of the peaceful protesters who are already under violent attacks by sponsored armed thugs whom we suspect to have been paid by the Nigerian police angered by the popular rejection of their brutal policing tactics .”

Besides, the rights group once more, criticized the inspector general of police Adamu Muhammed for failing to effectively scrap SARS by bringing all the operatives known to have committed atrocities to trial through a joint prosecution by the attorney general of the federation, National human rights commission and credible members of the organized human and civil rights bodies that are independent and non governmental.

The rights group want the IGP to investigate officers of the SARS offices in ENUGU , AWKUZU, Anambra, Aba, Abia state Especially because as we write, they are still torturing detainees in those facilities.

HURIWA reminded the IGP of a case in point in Enugu south local government which occurred the same day that he (IGP) announced the dissolution of SARS just as the group said the petition about the Enugu incident which is unresolved is as follows:

On the reported arbitrary arrest by SARS in Enugu, HURIWA disclosed that a law firm of Chijioke Obinna and Associates has just sent a petition to HURIWA stating thus: A COMPLAINT AGAINST POLICE BRUTALITY, INTIMIDATION, HARASSMENT, INDISCRIMINATE ARREST AND DETENTION AND THE USE OF THE NIGERIA POLICE TO OCCASION THEFT BY INSPECTOR CELESTINE NYIGBA : AND SOS REQUEST.

HURIWA narrated what was contained in the report to be a record of the experiences of the victim of the excesses of disbanded Special Anti-Robbery Squad (SARS) in Enugu State, in the person of Mr Chinedu Ogbodo, who incidentally has also petitioned the Inspector-General of Police (IGP), Mohammed Adamu, to come to his aid and put an end to the continuous detention of his workers by the deadly disbanded unit.

Ogbodo who hails from Amechi Awkunanaw in Enugu South Local Government Area of Enugu State, speaking through his lawyer who signed the petition, Obinna Ugwu, explained how one Inspector Celestine Nyigba, led his men to the project site.

He narrated how in the early hours of Sunday, 11th October 2020, at about 4 am, Inspector Nyigba led a team of operatives to raid a project site, smashed through the security house and without provocation or any reason, violently pounced on the security guards who had gone in to shield themselves from the rain. He said the security guards have since been held in the SARS facility, Enugu.

He said one of the unarmed night guards was shot on the legs, while some other sustained various degrees of injuries and were bundled out of the project site like common criminals, even when they were not caught in any violent crime.

“Ogbodo was appointed by his community as the site supervisor for the community’s development project situated in Amechi Awkunanaw. He was entrusted with the responsibility of overseeing the entire work on the site.

“In the discharge of his responsibility, our client secured the services of some night guards from a private security service outfit based in Enugu and headed by one Alhaji Ahmed which security outfit deployed about five (5) of their personnel to the project site equipping them with torchlights, whistles and clubs necessary for the discharge of their duty to guide the site and call attention in the event of any ugly situation.

“According to our Client, when he resumed work at about 9 am of the same day, he discovered to his greatest dismay the overwhelming absence of the night guards which left the store unprotected, thereby occasioning the breaking into the same store with several items such as a high voltage electricity conductor (that is, High Tension cable) worth about Thirty-Three Million (N33,000,000.00) Naira, steel reinforcement rods worth over Seven Million (N7,000,000.00) Naira, Eight Hundred and Fifty (850) bags of cement among other valuables carted away.

“In view of the above therefore, it is our clients’ most humble desire and prayer that you use your good offices to come to his assistance by causing an immediate release of the innocent security guards whose fundamental human rights have been terribly infringed upon for urgent medical attention so as to avoid a possible loss of the lives of innocent Nigerians,” part of the letter read.

HURIWA is shocked that despite the fact that even the President Muhammadu Buhari, Senate President Ahmed Lawan and virtually the entire leaderships of the different levers of government have continued to applaud the Police following the widely reported public notice on the dissolution by the IGP of SARS, It is clear that the crimes against humanity for which a lot of the SARS operatives were accused of committing, are being replicated many hours after the celebrated DISBANDMENT OF SARS.

The Prominent Civil Rights Advocacy group HUMAN RIGHTS WRITERS ASSOCIATION OF NIGERIA (HURIWA) also warned the Federal Capital Territory Administration to steer clear of abuse of power or attacking the HUMAN RIGHTS of peaceful protesters to go about their legitimate role as citizens who have the unabridged fundamental freedoms of protests and peaceful assembly just as the Rights group said the minister of Abuja has no locus or power to annul the Constitutional right of the citizens to protest lawfully.