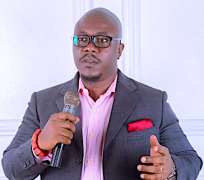 Enough time has gone by after labour called off strike and protest actions over electricity and fuel hikes that hopefully and with hindsight raging critics and the online mob would have had time to douse their torches and withdraw their pitchforks. Even as the 2 weeks time frame of the suspended strike action elapses, nothing earthshaking should be expected from this labour. Surely, everyone must have woken up to smell the coffee – that this labour is incapable of sounding the rallying cry – Aux Barricades!

When in May 2016, I wrote an article entitled: "Of a lost Labour, of our Princes, of our Thieves", it was written with an underlining dual-purpose in mind – to serve as a reality check and to exhort labour to get their act together. At the time one would have thought that labour was at it's lowest ebb and it's esteem amongst Nigerians could not possibly get much lower. It's standard bearer, the Nigeria Labour Congress (NLC) was fractured – split between overlord's in Abuja and in Lagos who in the aftermath of a crude contestation for elective office decided like the politicians they had become in all but name, to seek relevance on separate platforms rather than reconcile.

Today, and again in the style of the political class – to gain more relevance and better conduit to the "food is ready table" both factions of the NLC are back under the same roof. Sadly, for workers and the increasingly impoverished Nigerian people, this single purpose NLC vehicle seems irredeemably stuck in a mire – it’s petrol drained and it's tyres nicked.

The opprobrium that serenades the Nigerian political class is now labour’s baggage. For the generality of Nigerians, there is a deficit of trust in the actions and intentions of labour borne out from a history of perceived cop-outs and compromises. Certainly, the vim and vigor brought to the 2012 protests against subsidy removal under President Goodluck Jonathan's administration has not been seen in these parts since!

Subsidy, under-recovery – whatever guise it comes under ought to have been gone in 2012 and should be done with now and forever. A responsive labour will insist on a move away from the opaque process of computation in arriving at product pricing to a clear and verifiable petroleum pricing template! When this part of the storied history of Nigeria will be told to those who will come after us – it will be said that subsidy became the ever present “tortoise” in our corruption story, through which the greatest continuous corrupt fleecing of the commonwealth was perpetuated by dare-devil criminal elements parading themselves as societal luminaries.

In October 2013, the former Chairman of Nigerian Electricity Regulatory Commission, Dr. Sam Amadi, speaking on behalf of the government, affirmed – “The new PHCN successor companies should see metering of all their customers immediately they take over ownership of the PHCN companies as their major priority to avoid bills estimation”. He said this at a two-day workshop organized by NERC for the successor companies and other stakeholders in Abuja, adding that – "arbitrary billing by power firms would not be tolerated".

This is 2020 and the first line charge of metering customers have been epileptic at best in its implementation. Until such a time as this is done and electricity efficiency is improved it will be remiss of the government and the DisCos to apply increments of any kind under any guise “especially” in these harrowing times.

Facing unprecedented times as COVID-19 continues to prowl – labour has failed to seize an opportunity to gain real and quantifiable advantages for the people. The drama surrounding crunch meetings between government and labour that captured wide-eyed attention must surely have been an illusion meant for a captured public audience. If the culmination of all that dialogue is the document which is being touted, then surely labour must have been playing a game of poker with no one else at the table!

In a time when our national earnings have been cut – with a drastic shortfall of about 60%. In a time when those earnings are increasingly swallowed up in debt servicing (alarmingly for the first time ever, in the first quarter of 2020, Nigeria reached a debt service-to-revenue ratio of 99%) – what has stopped labour from demanding that a chainsaw be taken to the recurrent expenditure component of government – or are they not aware that the majority of borrowing is being subsumed thus!

In a nation where its citizens are asked to sacrifice and toil in dehumanizing conditions, labour leaders do not think it a noble fight to set to right our elected “Princes and Lords”, who by right of political conquest continue to arrogate to themselves obscene and humongous pecuniary benefits in the guise of salaries and allowances. Does labour not find this parasitic trend immoral, diabolical, and heartless especially in a “broke country”, where all the subjects must starve for a brighter tomorrow!

In a time when we are hemorrhaging jobs as COVID-19 continues to loom – what has stopped labour from demanding from government, that a conservative one million MSMEs be given a minimum N500 Thousand as grants! Nigerians would have been better served by such an agreement that opens up a vista of job opportunities and not one referencing buses or palliatives. Really, labour – COVID-19 palliatives!

Our quest towards import substitution can no longer be in abeyance! What has stopped labour from demanding legislation compelling government to buy made-in-Nigeria to give force and direction to this policy! When all government officials mandatorily fly Air Peace, when they mandatorily use Innoson vehicles, Zinox computers, commodities and products from Dangote, BUA, Honeywell, Eleganza, Aiteo e.t.c – then labour can justifiably demand of these private firms that they retain workers amidst harsh realities!

Labour have abdicated their core responsibilities for so long – it is traitorous. While labour leaders fancy themselves as politicians and hobnob with that class – they have failed to fight worthy battles. Workers have been left to the whims and caprices of government and employers while the cupidity of labour leaders continues to blossom alarmingly. A crying shame! For, who will now stand as the rallying point for workers and the people against injustices and arbitrariness of government!

The dearth of sentinels and bulwarks of the people in defence of the social contract with government is worrisome. Any desire to look further afield will only reveal a bereft field. If one wishes for instance, the Nigerian Bar Association or is it the New Nigerian Bar Association to take up the gauntlet, then one will be faced with the spectre of an NBA akin to labour that is enmeshed and stuck in the odious mire that hosts the political class. In adopting the jiggery-pokery electoral methodology from the political class – both bodies have correspondingly lost the moral rights and acclaim as citizen sentinels.

The deafening silence and sometimes whimper in the aftermath of the called off protest by labour from collaborative civil society groups tells it's own story. Civil society in our shores – unlike in other jurisdictions where they can singularly make protest actions stick have been encumbered by the immoral nocturnal ball juggling of the majority players which sadly has inhibited the ability of sincere minority players to convincingly juggle balls to the approbation of massed supportive spectators.

Perhaps, as seen in the recent #ENDSARS protests – the youths, taking their destiny into their own hands can change the present narrative.

The hue and cry arising from the threatened strike action by labour can now be dismissed as bluster. For this labour – compromises and cop-outs are the order of the day. There are a lot of ills in our society that labour through its complicity have allowed to fester and for so long as they keep at it, for so long will their decline and irrelevance continue.

In a community where a naked thief (public official) is seen clearly by the people entering into the communal barn (treasury) – stealing the yams and walking home through the streets unhindered – surely such a person will be considered to be a magician and everyone will surely then be going around naked hoping for their own magic!

Ensnared in this magical vortex, labour has been captured. To maintain and keep hold of the magical charms – they have become collaborators.