Attention To All Heads Of Courts In Nigeria: issuing Affidavit Of Loss Of Documents Without Police Report Encourages Crimes. 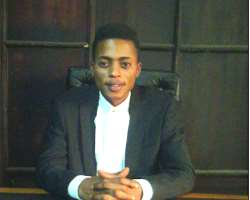 Affidavits are written depositions or declarations made on oath before a person authorized by law to administer oaths or take declarations. See section 10(1) of the Oaths (Amendment) Act, 2016. It has also be judicially defined as a statement of fact which the deponent swears to be true to the best of his knowledge, information or belief. See Aliyu v. Bulaki (2019) LPELR-46513 (CA); Chief Chukwumeka Odumegu Ojukwu v. Miss. Stella Onyeador (1991) 7 NWLR (Pt.203) 286 at 317.

It is a known fact that people depose to affidavits on daily basis in various courts in Nigeria. These affidavits range from age declarations to affidavits of loss, correction of names etc. However, of all the affidavits sworn to in various courts in Nigeria, the one that is capable of encouraging or facilitating crimes is the affidavit of loss of documents in respect of properties such as cars, motorcycles, Generators, sewing machines, Mobile Phones, laptops and other electronics and items. Experience has shown that majority of the people who depose to affidavits of loss of documents didn't actually lose the documents in question. As a matter of fact, 65% of people who swear to affidavits to the effect that they lost receipts and/or documents relating to a particular property or item, do not actually own the property or item in respect of which such affidavits are obtained. It is an act of deceit and fraud to swear to an affidavit stating that something was lost when indeed, nothing of such exist in the first place let alone being lost.

Instances abound when robbers and pickpockets having stolen properties from their victims without taking along with them the documents related thereof, would rush to courts and obtain affidavits of loss of receipts/documents either to enable them sell the stolen properties/items to unsuspecting third parties without hitches or to escape possible interrogation or arrest when found with such properties or items by security forces such as the Police. I shall demonstrate this point with a story which took place few days ago.

On the 9th of October, 2020, I received a phone call from one of my ex-tenants who is a professional tailor, and she told me that a young man came to her shop with a Sewing Machine and offered to sell it to her. According to her, the young man claimed to be a Student of a particular University and also stated that the sewing machine belongs to his mother who according to him, is now deceased. I asked her if the young man had the receipts of the sewing machine with him and she said that the guy told her that he could not find the receipts after his mother's death. I then asked again how much he wanted to sell the sewing machine to her vis-à-vis the ideal amount of same under normal circumstances and she told me that the young man wanted to sell it to her at the rate of N8,000 (second hand grade) but that under normal circumstances such second hand grade goes for about N25,000. With this huge difference price wise, I sensed that something was wrong somewhere! I initially advised her not to buy it as it is suspicious but when she called again and told me that many people have confirmed to her that the guy is genuine and well known, I suggested to her that if she must buy same, she should tell the young man to go to court and swear to an affidavit that he couldn't find the receipts of the late mother's sewing machine after her death. The young man welcomed the suggestion boldly and both of them came to my office for that purpose since there was an Area court close to my office. Incidentally, the Registrar of the said Area Court who issues affidavits of that nature was not around and because the young man was so much in a hurry having claimed that he had a particular exam in the University to write in less than an hour, I gave him money to go to the High Court to get the said affidavit. At the High Court, the young man was issued an affidavit of loss of receipts relating to the said sewing machine.

Fortunately enough, before the boy left for the High Court, he had, in a bid to convince me and the lady that he is a trustworthy person, mentioned a particular Church as his Church and even claimed to be holding certain positions in the Church. I mentioned the name of one man in the said Church to him and he responded that the person knows him very well. So, while he was at the High Court for the affidavit, I decided to call the man in question and enquired from him if he knows the guy as a member of his church. The response I got from him was that the guy used to be a member of the church but has for long stopped coming to the church. Then, I asked further if his mother is still alive or late and the man told me that his mother is not only alive but also hale and hearty. I was shocked. I then told him that the boy was about selling a sewing machine which he claimed belongs to his "late" mother. As I was dropping the call, the young man returned with the affidavit he had procured from the High Court. I asked him to sit down and await a police officer whom I had called to arrest him. I began to question him about how he came about the sewing machine, and he confessed that contrary to his earlier claims, his mother is not late and that he stole the sewing machine from the shop of one of their neighbour's wife's shop which he broke into at night and carted away with her sewing machine for about a month ago. While he was still talking, the church man that I had called, came in with the said neighbour and his wife whose sewing machine was stolen and they confirmed that the sewing machine which the young man wanted to sell was the same sewing machine that was stolen from the said shop at night about a month ago. The rest is