WTO DG: Okonjo-Iweala reacts to reports that 'she has been appointed' 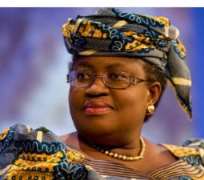 Nigeria's Dr Ngozi Okonjo-Iweala has reacted to reports published in some quarters of the media that she has been appointed the Director-General of the World Trade Organisation (WTO).

Dr Okonjo-Iweala through her media adviser, Paul Nwabuikwu clarified that the former finance minister has not yet been declared winner of the contest.

The statement reads: “The race for the WTO Director-General is still very much on.Advertisment

“Contrary to inaccurate information released online by an unidentified source, Dr Ngozi Okonjo-Iweala has not yet been declared winner.”