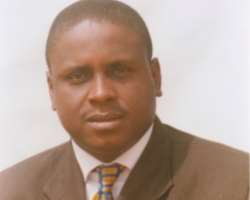 It was refreshing to hear the comments of the Lagos Police Commissioner HakeemOdumosu on the excesses of his men in Lagos last week. He was reacting to the brutality of the policemen sent to disrupt the Independence Day protest organized by the Coalition for Revolution (CORE). The RevolutionNow protest which was to hold in major cities of the country was to be a mass action against poor governance in the country. At Ojota, an overzealous policeman left a photojournalist covering the protest bleeding after breaking his head with a baton. CP Odumosu did not hide his displeasure of the incident. He not only condemned the action, but assured the policeman will face disciplinary actions and also promised to pay the bills for treating the battered news man. He called the action of the policeman an irresponsible act. Wow! Just listen to him, “The man that was doing his lawful duty and the police assaulted him, we will take care of it. Once again, apologies for that. But you know me, I don’t tolerate all these things and will never. There is no reason to justify what the police did. What he did was an assault, brutality and incivility. I won’t cover that. Be rest assured he will face disciplinary action.” My God! How did you feel reading those words? Does it sound like a typical Nigeria police officer? In the past while battering and arresting innocent protesters, you will hear that it was an order from above or an action to stop miscreants, looters, unlawful assembly or action against the enemies of democracy. Or at best you will receive no comment at all.

As I read that report I remembered how I also felt at the beginning of the year while watching the Assistant Inspector-General of Police, AIG Ahmed Iliyasu of Zone 2 Command, Onikan parading the killers of a prominent businessman Chief Ignatius Odunukwe in Lagos. The AIG threw his arms around the late Chief Odunukwe’s younger brother, consoling him and reminding him that he promised them (the family) from the onset that he will do his best to see that the sudden disappearance of the Anambra-born owner of Fireman generators is solved. As I watched that clip I fought back tears. I once again felt proud of being a Nigerian. I saw in Ahmed Iliyasu; a former Kano State police commissioner and Chief Investigation Officer at the United Nations a dedicated, gallant, patriotic, loving, honest, god-fearing, detribalized Nigerian. I must say that I have not seen that level of love displayed by a security officer in the public before. And it was like a sorting balm to some of us who knew IG Odunukwe in person. We lived on the same close at Anthony Village when I was with Banex Group in late 90’s. And like my former boss Sir Victor Mbanisi, he was from Oraukwu town in Idenmili Local Government of Anambra State. Yes, there are many of them from that small town - young, smart, hard-working, industrious and very wealthy. I learnt entrepreneurship, hard-work and dedication from them. You get infected with strong desire to be successful when you get in contact with these guys. Some of them did not have the opportunity for a formal education while growing up but today they lead and rule in their areas of businesses. Even their overseas partners always acknowledge, respect and envy their astuteness and dedication. I commend the AIG Iliyasu for comforting us by arresting the butchers of our dear IG.

Look at the just concluded Edo state governorship election, the police and the electoral body proved that they can always deliver if given the right environment and the necessary support. The repot had it that over 30,000 police men and officers were deployed to the state for that day. Helicopters, boats and other equipment were also sent in to ensure a smooth conduct of the exercise. They were given a free hand to operate. And what was the outcome? The people’s wish prevailed. The election came out free and fair; with minor incidents. It was indeed a pleasant surprise because everybody had expected maximum violence. This is the kind of result you get when you allow the institutions to work. People have been congratulating the candidates and their backers but I think the first people to appreciate are President Buhari, the Inspector General of Police Mohammed Adamu and the Chairman of INEC who refused to interfere with the exercise. Even when his party was involved, the President decided to be neutral and the other agencies were forced to fall in line, thereby allowing a free and credible exercise. I don’t want to care about the other political interpretations being suggested. The lesson here is just that we can get it right if we decide to. We can make our institutions and processes work like they do in other places. True. In the past it would have just taken a simple instruction from ‘above’ or their body languages for the politicians to rig hell out of the elections with the full protection and connivance of the security agencies and the electoral commission. Yes, no election can be rigged without the full support of the security men. And in Nigeria, they will do it with impunity, with pride and ask you to go to court and challenge it. I mean the same court that they appointed and pay the judges? You already know the stories from some of those electoral petitions.

This has been our bane - weak institutions, corrupt and unpatriotic leadership, unprofessional police and armed forces, uncourageous judiciary and electoral umpires. But if these critical institutions will be strengthened I believe the story will change for good. The Nigeria police force under the current leadership has been trying to rediscover itself and redeem its image. One must say that the police have been posting a positive performance in recent times by continues busting of crimes and tracking down criminals, especially armed robbers and kidnapers. We must encourage them to do better by giving them what they need to work– quality training and retraining, expose them to other decent environment and exchange programs. We must properly and adequately equip them with modern tools, especially communication, tracking and forensic gadgets, better remuneration and cooperation from the citizens. If they have everything and we don’t give them the information they need they will still not achieve much. We can enhance this by installing security cameras in our homes, offices, streets and public places. This makes their work, investigations a lot easier. Then on the part of the leadership, they must do everything to completely weed out those corrupt men and women that bring bad name to the force and also stop those activities that make the public loathe and doubt them. Yes, we can have an entirely brand new police force. We can create a new image for it by our collective actions. It is possible. I wish all of our cops could be like Ahmed Iliyasu and Hakeem Odumosu by not just serving with integrity but also with compassion and pride.