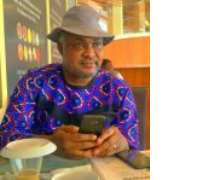 Waking up this morning was a thrilling experience for me except for the fact that as a patriotic Nigerian, a father and as a someone genuinely committed to researching and walking the talks that will reshape the Country of our birth Nigeria and stand it in the good pedestal to truly play her role in the rapidly advancing 21st century World, I woke up with the subconscious awareness that there is a missing Diamond jubilee of the Independence of Nigeria that was probably not read.

Relatedly, my waking up from sleep could have being the most joyful episode going by the factual coincidence that October 2nd is set aside by the united Nations as the National day of Non-violence which is the birthday feast of mahatma Gandhi, the leader of the Indian Independence movement and pioneer of the philosophy and strategy of on violence.

The United Nations which instituted the observance of this special day since 15th June 2007 when it noted to established 2nd October as the international Day of Non-violence, was well aware of the place of non violence in the affairs of humanity.

However, for me, soon after our Morning devotions to the Blessed Virgin Mary and our Bible readings, it dawned on me that the events of the last twenty four hours in Nigeria which were meant to mark the 60th independence anniversary, did not give most Nigerians any cause for joy in the spirit of this global feast of Non-violence which in the best consideration and intentions of the global body should be marked to remind humanity of the place of peace and non-violence resolution of conflicts.

I say the above because of the simple fact that this great feast of the United Nations has been fixed to coincide with Nigeria's Independence Anniversary with just 24 hours difference, one would have expected that the government of Nigeria must by all means, check the performance of the law enforcement agents with a view to checking the use of crude violent means to enforce the law. Also, It would have been ideal if the Independence Speech is not such that is filled with insensitive and outright irresponsible rhetorical postulations that directly inflicts psychological trauma and violence on the psyche of millions of Nigerians.

The scenarios painted across Nigeria of the police brutality and the violent crack down of peaceful demonstrations by Nigerians Campaigning against bad governance, shows the lack of veneration for the essence of the observance of the international day of Non-violence.

Why the police should be deployed illegally to inflict violence on citizens who are only in the streets legally to exercise their fundamental rights to peaceful dissent to bad policies of the Federal Government, beggars belief.

The truth remains that the Nigerian Government is obliged to adopt law based approach to stop the police from the use of crude tactics to crush independent voices and stop any form of attack targeting peaceful demonstrators in the country especially on a day like the anniversary of Nigeria’s independence which coincides with the October 2nd International day of Non-violence.

The above expectations are reinforced by the cheering news that the country has only just received a new police Act 2020 which contain some noble provisions on how to safeguard the Human Rights of Citizens. The enforcement of draconian crackdown against peaceful protesters on October 1st 2020 by the police and the Department of States Services are unconstitutional and offensive to the spirit and letter of the Police Establishment Act of 2020 signed into law about a week ago by President Muhammadu Buhari. The ink of Mr. President that signed this new Police Act into law has hardly dried up before the notorious Nigerian Police Force unleashed venomous violence against civilian peaceful marchers.

In as much as Constitutional Democracy is concerned, the security forces have no legal right to physically harm citizens only because they are legally protesting.

Section 37 (1) of the Nigeria police force (establishment) Act of 2020 provide thus:“A suspect shall: (a) Be accorded humane treatment, having regard to his right to the dignity of his person; and (b)Not be subjected to any form of torture, cruel, inhumane or degrading treatment”. Chapter four of the Constitution of the Federal Republic of Nigeria is clear about the essence of keeping to the obligations of protecting the constitutionally guaranteed fundamental freedoms of the citizens.

These provisions of the chapter 4 of the Constitution of the Federal Republic of Nigeria of 1999 as amended and the relevant provision of the new Police Act aforementioned apply to even a suspect. So how on earth are the police operatives applying crude, brutal and illegal tactics of torture against demonstrators?

Be that as it may, the essence of this reflection is on the speech delivered on October 1st by President Muhammadu Buhari which substantially fell short of the best global practices in many dimensions and has sparked off the search for the missing speech that the President ought to have delivered.

First and Foremost, the President failed the Common test of compassion as a leader by making some callous statements justifying some obviously bad policies that had inflicted pains on poor citizens such as the hikes in the prices of petrol and electricity.

The President also did not tell Nigerians why his administration is granting pardon to terrorists and has so far not prosecuted one suspected armed Fulani herdsmen responsible for the killing of thousands of Nigerians since the year 2015.

It can then be said that president Buhari has not really read the correct speech expected of a Nigerian President on such a solemn occasion as the Independence Anniversary.

Understandably, Nigerians are shocked that the October 1st 2020 President's speech was anything but presidential but was dominated by the insensitive attempts at justifying the crass ineptitude, incompetence of the administration and the failure to restore security and stability.

Rather what have remained the talking points are the wrong comparisons the President made on the costs of fuel between Nigeria and some nations whose National Currencies have not suffered frequent devaluation like ours and the President displayed an attitude of being clever by half to have failed to appreciate the fact that in Saudi Arabia for instance, the minimum wage is about one thousand percent higher than what we have in Nigeria and also he forgot that due to his poor economic policies since 2015, Nigeria became the poverty capital of the World in 2019 with about one hundred million absolutely poor Nigerians which is higher than India which has the World’s highest population of people.

This national broadcast is an avoidable disaster and these are the highlights of this spectacular show of insensitivity by the president of Nigeria.

He argued incorrectly that: "No government in the past did what we are doing with such scarce resources. We have managed to keep things going in spite of the disproportionate spending on security. Those in the previous Governments from 1999 – 2015 who presided over the near destruction of the country have now the impudence to attempt to criticize our efforts."

He, President Muhammadu Buhari sounded even more callous in the following poorly written lines full of statistical and empirical inaccuracies thus: "In the circumstances, a responsible government must face realities and take tough decisions; Petroleum prices in Nigeria are to be adjusted. We sell now at N161 per litre. A comparison with our neighbours will illustrate the point Chad which is an oil producing country charges N362 per litre; Niger, also an oil producing country sells 1 litre at N346; In Ghana, another oil producing country, petroleum pump price is N326 per litre; Further afield, Egypt charges N211 per litre. Saudi Arabia charges N168 per litre. It makes no sense for oil to be cheaper in Nigeria than in Saudi Arabia."

Well since President Muhammadu Buhari has chosen fallacies as his supporting platforms to canvass the absolutely wicked policies his administration has just introduced, let us remind him about Saudi Arabia and as can be seen by a lot of researched works, in addition to the work opportunities, there are many other advantages to consider when deciding whether to take on an expat role in Saudi Arabia.These are: Earnings and the writer said that the number one reason many expats consider moving to Saudi Arabia is the financial prospects. Salaries are tax free; that’s a huge incentive considering in many countries you can expect to pay taxes worth up to 40-50% of your earnings. Savings will be easier as the salaries are higher here than in most parts of the world. Next is prospect for great Career because having overseas work experience in your CV showcases to employers your ability to work in other cultures and learn how to do business in other places. Saudi Arabia can be one of the hardest places to do business, but also one of the most rewarding experiences. Employers will look upon that with great interest as you demonstrate your adaptability and global business skills. Thirdly is the Weather given that Saudi Arabia gets generous sunlight all year round. For three or four months of the year, it's too hot to really go outside, but air-conditioning helps one cope. In the remaining months, you can enjoy outdoor living, beaches, pools, etc. The summers are long and hot, but manageable; with holidays at home/overseas, you can break it up whilst you wait for the cooler weather to return. Then the Lifestyle given that the standard of living is high in Saudi Arabia, as the cost of living is low. It is very common for expats to enlist the services of drivers, maids, nannies, and gardeners. While these things depend on your preferences, many expats enjoy a good lifestyle. Importantly, for tourism purposes the attraction of Saudi Arabia is ease of Traveling. Saudi Arabia is a central location for many top travel destinations. The world’s busiest airport, Dubai International Airport, is only a two-hour flight away from Riyadh. The national carrier Saudi Airlines offers world class standards of safety and comfort. Also Shopping is great experience because of new malls that are opening on a regular basis offering consumers the biggest brands and modern retail experience. The Mall at Kingdom Centre located in Riyadh for instance, offers extensive shopping options. Others are :"Food and drink because One can enjoy a high-quality dining experience and quality cuisines. Eating out is a cultural experience and everything from affordable to luxurious is available. Saudi cuisine is rich and flavourful. An authentic Arabic experience includes mint tea and shisha. Then Culture because in addition to experiencing the local cultures and learning about the famous Arabic hospitality, you will quickly learn how welcoming and friendly Saudis can be. There are some interesting places to visit in Saudi itself. Saudi Arabia is as diverse in its landscapes as it is in its culture and traditions, from desert fortresses and mountain ranges, to magnificent fish and coral reefs( www.michaelpage.ae/advice/career-advice/growing-your-career/consider-living-working-Saudi-Arabia . )

*EMMANUEL ONWUBIKO is head of the HUMAN RIGHTS WRITERS ASSOCIATION OF NIGERIA (HURIWA). Reach him on www.huriwanigeria.com, [email protected], www.thenigerianinsidernews.com.