Watch Out: Wike Is Coming! 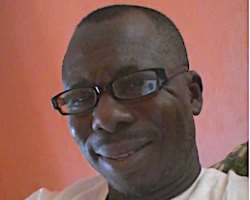 I first heard of the name Ezenwo Nyesom Wike sometime in 1999. Then, he was the dashing chairman of Obio/Akpor Local Government Area of Rivers State. He had contested the local government election as the candidate of the People’s Democratic Party (PDP) and had to reclaim his mandate through the court. A staunch believer in the rule of law and the efficacy of the judicial process, Wike has a rich history of engagements in this critical arena that undergirds society and anchors democracy. And he is a consummate lawyer to boot. Beyond the realm of law, it is noteworthy that Wike has remained faithful to the PDP since its formation. Unlike many fair-weather politicians in the country, he has not been swayed by the vicissitudes of partisan politics and its changing fortunes to leave the PDP. This uncommon trait speaks to consistency, principle, and loyalty to his political party.

Wike drew deeply on his grassroots mobilization skills when together with some friends they audaciously confronted the PDP apparatchiks in Abuja in the matter of choosing their party gubernatorial candidate in their state—Rivers. For them, the important matter of who takes over from the amiable Peter Odili as governor of Rivers State, was a local matter that must be decided by Rivers PDP members, not by the commanding heights of the party in Abuja. Thus, they stood their ground and ensured their candidate, Rotimi Chibuike Amaechi, then speaker of the Rivers State House of Assembly won the primaries. This infuriated the former president and leader of the PDP, Chief Olusegun Obasanjo. President Obasanjo was to unilaterally annul the candidature of Amaechi, declaring his nomination as PDP candidate, as “having a k-leg.”

But Wike, the nimble director of the campaigns for Rotimi Amaechi, and his group, soldiered on even after a fine gentleman, Celestine Omehia, was anointed as the PDP candidate for the election. Omehia won the election for the PDP but Wike and his group continued the battle again in the courts, a familiar terrain for him as a lawyer and democrat. According to reports, while the legal battle over who was the authentic candidate of the PDP in that 2007 election raged, Amaechi was out in Ghana for security reasons while Wike, the “field commander,” took charge of the home front not minding all the attendant risks, including threats to his own life. Such is the bravery, commitment, and selflessness of Nyesom Wike!

Wham, the Supreme Court declared Rotimi Amaechi as the rightful candidate of the PDP in the 2007 gubernatorial election and ordered that he be sworn in immediately as governor. Wike was subsequently appointed Chief of Staff. In his first term as governor, the fact which his enemies cannot even try to controvert is that Amaechi posted a superlative performance. Yet not a few would argue that the stability and the galvanization of interests, which Wike provided on the political fronts contributed immensely to that performance. Wike was to be appointed minister by President Goodluck Jonathan later. Some analysts believed that appointment was a strategic plan by Amaechi to try and curtail the growing popularity of his former chief of staff at home by pushing him off to Abuja, since all politics as they say, is local.

If that was Amaechi’s thinking, from hindsight, it was a monumentally flawed stratagem. From Abuja, Wike launched out and even became more relevant in the local politics of Rivers State. To cut a long story short, Wike ended up as the governor who took over from Amaechi despite the latter’s best efforts to torpedo it. Interestingly, it is as governor of Rivers State that Wike has made his best mark so far. He has become a myriad of things to different people. For some, especially those at the federal government perch and people sympathetic to them, Nyesom Wike is just a rabble-rouser, a showboating individual or at best a power-drunk governor. Yet, no matter how they despise him or how they struggle to diminish him, the people in Abuja know deeply inside them that Wike is no pushover.

If they were to be honest, on a few occasions they had collided with the Wike force, like the proverbial tortoise, Abuja would readily admit that two strong men squared off on that ground. If there was one PDP state the ruling All Progressives Congress (APC) had decided to capture by any means, just before the 2019 general election, it was Rivers State. Their desperation to capture Rivers State was just not because of the oil wealth, but even more so, to tame the allegedly recalcitrant Wike. Oh, how they would have loved to see Wike beg them! But the hugely popular Wike fought like a lion and literally shamed his traducers. When the history of the Buhari government is chronicled, the conduct of security agencies on the order of the government in the 2019 Rivers election perhaps will remain unrivalled in the chapter on abuse of power. Yet, as in all good stories, good overcame evil and as in democracy, the majority won.

More importantly, to his people Wike is not just a mere governor. He is their own governor they made with their own hands. And the man is going about doing justice to the confidence his people repose in him. While his haters are busy accusing him of mere braggadocio, Wike is busy transforming his state. He is confronting headlong the problem of insecurity, because of cult wars, which he inherited by cooperating with security agencies and whatever they would need to tackle the menace. Another governor may not have supported and assisted the police and the military the way Wike does because of their obvious hostility towards him during the election. Yet, for the Rivers State governor, the protection of lives and the property of his people is preeminent. On infrastructure, Wike is awarding and executing contracts for road constructions everywhere in his state.

For instance, on one occasion, he told a construction firm, “We have awarded you this contract and paid you in full to deliver this road in two years’ time. We paid you in this raining season, so we don’t want to hear that you cannot deliver because of the rains.” Such is his bluntness in pushing for performance. As he is constructing roads, he is rebuilding and equipping schools, hospitals and providing first class housing for judges and other categories of public servants in the state. During the heat of the Covid-19 lockdown, Wike denied himself a lot to physically lead the enforcement of the laws made by the state assembly and even went into an altercation with the federal government in the bid to protect his people. Although he has been criticised in certain quarters, without Wike’s hands-on enforcement of the Covid-19 protocols, there could have been a disaster of cataclysmic proportion in his state seeing the carefree attitude of our people.

For those interested in robust inter-governmental relations, Wike is gradually selling himself as the rallying point for true federalism. Unlike many of his colleagues Wike fully understands that he represents an important tier of government and not answerable to Abuja. For this reason, he is clearly not one of the state governors afraid of speaking up for their people when the federal government bares its authoritarian fangs. As the governor poignantly put it in his remarks at Eric Osagie’s book presentation in Abuja, “I am not one of those governors who run around in Abuja. I don’t like to stay in Abuja. Once am through with my assignments, I quickly return to Port Harcourt. That’s where those who voted for me are.” This independent disposition in pursuing the interest of his people who elected him has often put him in direct conflict with officials of the government at the centre.

As a result, Wike is gradually becoming the symbol of resistance against an overbearing federal government in the Buhari era just as Ambrose Alli was in the Second Republic. Can you imagine that nearly after a month that the lives of young Igbo youths identified as IPOB members were wasted by security operatives in Enugu, no Southeast governor, not even Ifeanyi Ugwuanyi, under whose nose this senseless blood-letting took place, has uttered any word. Wike will certainly not keep quiet!

Finally, for the PDP, Nyesom Wike appears to be its single most important asset now. While some of his colleague-governors are PDP by the day and APC at night just to be in the good book of President Buhari, Wike remains unabashedly PDP at all times. He strongly believes that the political platform is still strong enough to win elections and that explains why he is doing everything possible to keep the party alive.

From the massive loss in 2015, Wike has helped PDP to claw back at least three more states—Zamfara, Benue and Edo—and suddenly PDP is becoming more attractive and formidable again. In the just concluded Edo election, Wike’s influence and hard-work added to other important factors to deliver the state to the PDP and remove the very last vestiges of APC in the South-south zone. That is huge political victory for those who understand. “It was in this house, the campaign council met to work out the key strategies that led us to victory. You mobilized people across the country. You moved to Benin, went through the humiliation and attacks. You supported us and we won. It will be a sin against God if we do not come to say thank you. Even if the victory we are celebrating is from God. He has used people like you to make it happen,” a grateful Governor Obaseki told his host, Governor Nyesom Wike a few days ago in Port Harcourt.

Yes, sometimes Wike can appear to be brash and intimidating. Yet, he has fought for this party with everything in him. And as 2023 beckons, PDP must do well to listen to Nyesom Wike when he expresses his opinion. He sure knows what he is talking about.

Ugboajah is a political scientist. He can be reached via [email protected]