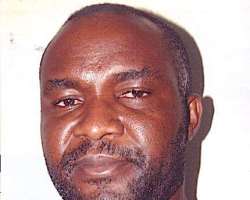 Yesterday, somewhere in the United States of America, a budding rapper and entertainer fell to the superior fire power of the assassins bullets.

The American rapper Tay Way has therefore entered the growing list of musicians who have been killed by assassins in the United States of America in the last two decades.

Unfortunately, the same pattern of assassinations of rappers and upcoming artists/performers do also occur in Britain. In some suburbs of London, there have been reported exchange of lethal force by rivals who are also suspected of involvement in hard drugs.

In the most recent reported killing, the Musician and Rapper Tay Way was Killed After Sharing His Location On Social Media thus underlying the grave danger of inability of the users of the social media to maintain their privacy.

This American rapper Tay Way was shot dead in Richmond, California last week minutes after he shared his location on social media.

Tay Way, 29, whose birth name is Lamonta Butcher was walking down a street in Richmond Friday noon when the shooter or shooters opened fired from a moving car, two other people were injured in the shooting.

He had just posted a video of himself standing outside of a liquor store on 4th Street and Macdonald Avenue and was shot just minutes later, the East Bay Times reported.

The rapper added the lyrics, “Been so long we still out here bruh, you feel me? Same hood, same turf,” as he panned the camera across the intersection. The video did not show street signs, but the building has a distinct red and light yellow paint job that makes it easily identifiable.

“He was a good man,” said Kiana, a childhood friend of Butcher’s told East Bay Times. “Just because his music portrayed him different, he was [good], he watched the kids and everything, like, he was really so sweet.”

According to The Sun UK, Richmond police confirmed that “the investigation is still ongoing and the current condition of the victims are, one deceased, and two treated for injuries in stable condition.”

In February, rapper Pop Smoke, aka Bashar Barakah Jackson, was shot and killed in a Hollywood Hills home invasion after posting a package that showed his address.

THESE killings of entertainers have had devastating impacts on the entertainment health of the global community. It is true that entertainment and music have interconnectivity with human wellbeing and welfare.

From Time.com we read that: If you’re looking for an easy way to transform your mood, cue the music.

Studies have shown that music can buoy your mood and fend off depression. It can also improve blood flow in ways similar to statins, lower your levels of stress-related hormones like cortical and ease pain. Listening to music before an operation can even improve post-surgery outcomes.

How can music do so much good? Music seems to “selectively activate” neurochemical systems and brain structures associated with positive mood, emotion regulation, attention and memory in ways that promote beneficial changes, says Kim Innes, a professor of epidemiology at West Virginia University’s School of Public Health.

The Time.com recalled that Innes co-authored a 2016 study that found music-listening could boost mood and well-being and improve stress-related measures in older adults suffering from cognitive decline. Her study compared the benefits of music to those of meditation—a practice in vogue for its mental-health perks. She found that both practices were linked to significant improvements in mood and sleep quality. “Both meditation and music listening are potentially powerful tools for improving overall health and well-being,” Innes says. If the idea of listening to music seems a lot more practicable to you than meditating, these findings are great news.

But music can also agitate and unsettle, experts have learned.

“Silence can be better than random listening,” says Joanne Loewy, an associate professor and director of the Louis Armstrong Centre for Music & Medicine at Mount Sinai Beth Israel in New York. “Some of our data show that putting on any old music can actually induce a stressful response.” (Just turn on the creepy themes from films like Halloween or The Shining if you need examples of how music can fan the flames of anxiety, rather than squelch them.)

Along with inducing stress, Loewy says, the wrong music can promote rumination or other unhelpful mental states. One 2015 study from Finland found that music can bolster negative emotions—like anger, aggression or sadness—much the same way it can counteract these feelings. Why? The rhythm and other characteristics of the songs we select can modulate our heart rates and the activity of our brain’s neural networks, explains Daniel Levitin, a professor of psychology who researches the cognitive neuroscience of music at McGill University in Canada.

Tracks with a slow tempo, gradual chord progressions and drawn-out notes tend to be calming, Levitin says, while chaotic and up-tempo music tends to have the opposite effect. But all of this is subjective. Levitin says he’s encountered people who have said that AC/DC is their relaxation music. “These were people who normally listened to Swedish speed metal, so to them AC/DC was soothing,” he says. “There’s no one piece of music that will do the same thing for everyone.”

There’s also no single “music centre” in the brain, he says. “One thing people find surprising is that music activates nearly every region of brain we’ve mapped so far.” This hints at music’s universality and power to affect us.

If you’re looking to use music to de-stress, pump yourself up or otherwise shift your mental or emotional state, Levitin says you probably already have a bank of songs you can pull from that you know will have the appropriate effect. Dive in. Just be sure to set aside distractions. “We fool ourselves into thinking we can do two things at once,” he says. While listening to inspirational music can help you exercise harder or longer, calm music won’t help you unwind if you’re listening to it while you’re scrolling through your news or social feeds, he says.

It says that to cultivate an even deeper connection between music and your health, consider a field called music therapy, which focuses on using music to improve patient outcomes. “Music therapy starts with the idea that, as therapists, we’re collaborating with a person who’s looking to help themselves to feel more complete or optimistic—or to discover parts of themselves they aren’t aware of using music,” says Alan Turry, managing director of the Nordoff-Robbins Centre for Music Therapy at New York University.

Music therapy can take many forms. One is “guided imagery in music,” Turry says, where a trained therapist helps a person uncover her strengths or challenges by listening to music the patient chooses. “A feeling of [therapist-patient] atonement can happen with music,” he says. “Sharing music helps the patient feel like the therapist ‘really gets me.’ ”

Other forms of music therapy may involve singing or playing instruments. “The way each of us makes music can reveal something about us that a therapist can work with,” he says. “Someone might play a drum in only one tempo or one dynamic, and that may represent their difficulty in being flexible in other areas of their life.”

“Music is a way to bypass our rational side and to get in touch with the emotional life we often keep hidden,” Turry says. “If people are having trouble, there’s usually a way that music can help.”

I suggest that the United States of America take steps to ascertain why the epidemic of assassinations of Rappers have continued and then put in to motion the best approaches to bring the evil omen to an end. At this rate of assassinations, I'm afraid the World may soon run out of supply of highly talented young Singers to entertain us and take away our sorrows.