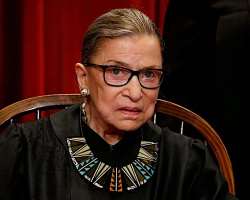 Justice Ginsburg was a trail blazer and a true inspiration for all, especially for women, nationally and internationally. Justice Ginsburg was appointed by President Bill Clinton in 1993 and continued to serve as a justice until her death. She is the second woman to serve on the Supreme Court. She was known for her tenacity, work ethic and civility. For example, despite her being ideologically a polar opposite to the late Supreme Court Justice Anton Scalia, the two were in fact friends.

Justice Ginsburg's legacy includes her work with the ACLU in defending women's rights. As a Supreme Court Justice, she wrote landmark majority opinions as well as strong dissents. Her most notable opinions include United States v. Virginia, a decision that struck the Virginia Military Institute's policy of not admitting women.

In this day and age, with the nation divided and with a marked lack of civility at many levels, we sorely miss Justice Ginsburg. One of the lessons of Ginsburg’s life is that one can disagree with others on politics and ideology without being personally disagreeable or odious.

We offer our deep condolences to her family, friends and supporters.

“Justice Ginsburg’s Supreme Court decisions supported our mission of the promotion of human rights,” said Imad Hamad. “We hope her replacement would also be a woman who believes in human rights and makes decisions that are consistent with the country’s democratic values and traditions,” concluded Hamad.