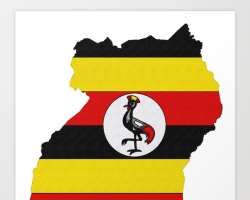 When you’re in the trenches you need to know who your enemies are.The two words, ‘Real opposition’ that have been coined by supporters of Bobi Wine, are literally further dividing, and weakening the opposition. There is nothing Bobi or NUP are going through which Besigye or FDC never went through, or worse. Its not right to continue belittling other opposition leaders while ignoring your own limitations. My bet is that everybody else who would come after Besigye, will give the opposition less than he did—take it or leave it.

Besigye is still the person who tried, still trying to do something. It’s just that Sometimes no matter how well you prepare or well you perform, you still end up as a sugar cookie. Its just the way life is sometimes.

The opposition is about to hemorrhage the state its in right now, such that all political parties need to work together. If you want to change the world, find someone to help you paddle. NUP should stop fronting candidates in areas already liberated by the opposition—it sends a confusing message to the voters on the ground. For instance, nobody should be standing against Erias Lukwago for Lord Mayor, Michael Kabaziguruka in Nakawa, Semujju Nganda, e.t.c.

At presidential level, that’s a foregone conclusion that the incumbent will be declared the winner. So, let the opposition try as much as possible to increase the numbers in parliament and other local elections. As you are now presumably aware, ‘’Ndagamuntu’’ holds no currency in this election.