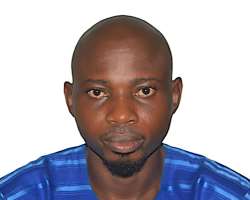 The Union of Democratic Forces has described Governor Gboyega Oyetola as “a colossal failure”.

This was contained in a statement issued and signed by the Chairman of the Group, Mr. Wole Adedoyin in Ilesa yesterday after a brief meeting with some members of the organization aimed at examining the performance of Governor Gboyega Oyetola’s administration in the last two years.

According to the Statement: “Our governor, Governor Gboyega Oyeola has failed to do most of the agenda he promised Osun Voters during the heated campaign in 2018. Governor Gboyega Oyetola has made a number of promises particularly on workers’ welfare and salaries and we have not seen any tangible accomplishment on this. We have examined the governor on his promises and works, and we have scored him below average.

“We want the governor to tell Osun State citizens how much he has received as allocation and what project he did with them. We challenge him to come and give account of his stewardship in the last two years of his political administration. We also want the governor to publish how much the state has gotten as donations from well meaning citizens of the state and how the money was utilized to cushion the effect of the Covid-19 pandemic virus on Osun Citizens.

The governorship candidate of the Hope Democratic Party (HDP) in the 2018 Osun governorship election said: “The governor has been lavishing public funds on unnecessary projects, throwing indiscriminate millions on political projects that are not beneficial to the citizens of the state while watching education, agriculture and health sectors decaying. Where does the governor spend mountain of tax payers’ money and the federal allocation?

The group which recently metamorphosed from the Association of Political Parties (APPPS) to the Union of Democratic Forces (UDF) in the state advised Governor Gboyega Oyetola to stop blaming the drop in federal allocation for his shortcomings.