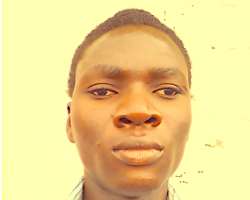 Many expectations begin to abound as Ghana’s President Professor Nana Akufo-Addo emerges the new chairman of the Economic Community of West African States. The baton of leadership he received as President at the 5th ECOWAS Summit in Niamey, capital of Niger, on Monday the 7th, basically says as much of his strong character. Characteristically, certain leaders would have shielded from such position, particularly those who are grappling with the coronavirus pandemic. Still, Akufo-Addo who has taken the bull by the horn, boldly and honourably, has emerged on the stage of competence and performance. Kudos to ’Kufo-Addo!

First, I’d like to talk about the essence of leadership. I do appreciate the principles of values-based leadership as outlined by Professor Harry Kraemer – that is, SELF-REFLECTION, BALANCED PERSPECTIVE, SELF-CONFIDENCE, and GENUINE HUMILTY. Taken one after another, self-reflection is the ability to look inward, what will call introspection. It is a means of soul-searching our inner recesses – essentially to determine how we can adjust or pattern our temperaments and sensibilities after the productivity and profitability of our nations. When a leader brings to bear a balanced perspective, it means his/her leadership styles are hinged on the sub-principles of empathy and inclusion. Empathy is the power to penetrate the minds of the people, discover the common denominator of their demands, and to proffer solutions to their perennial, existential problems. Inclusion itself is the comprehensive coverage of the sure-footed leader, who always ensures that those under him, irrespective of their age, background, religion and ethnicity, are carried along, so that there could some ‘symmetric persuasion’ among all.

Julius Caesar says “Cowards die many times before their death. Only the brave taste of death but once.” To be sure, Caesar’s statement is against the backdrop of self-confidence. To me, without self-confidence, one is self-crucified. You may notice Kraemer’s self-confidence is, ultimately, an alternative nomenclature for courage. Particularly, 21-st Century leaders oughtn’t to display ‘cowardly silence’ and ‘stinking hypocrisy’ in their dealings with political matters. For this to happen, they have to ensure that their watchword is, as well, pivoted on the sub-principles of honesty and sincerity. Summarily, to be honest and sincere is to tell the whole truth from the heart. It is being truthful amid pressure to be cast into the furnace of fire. With genuine humility, the leader wins the heart of the people. This immediately reminds me of the present epidemic of masochism and mayhem ravaging Belarus, for example. Belarus is as yet witnessing some political turmoil over the August 9 disputed presidential election. The main opposition leader, Svetlana Tikhanovskaya, who claims gross imbalance in the election, accuses President Alexander Lukashenko of untold rigging of the votes. Even though Ms. Tikhanovskaya argues that she won the election, Mr. Lukashenko continues to debunk her bone of contention. What’s more, the burgeoning Belarus unrest has resulted in other opposition leaders, namely, Maria Kolesnikova, being surreptitiously bundled and driven away by masked, mean men in Minsk. Again, genuine humility is very key for fruitful, favourable firmament of governance.

All these are what I believe new Chairman Prof. Akufo-Addo of ECOWAS has clad himself with. Putting on the whole armours of leadership is what could sustain the success of fraternal bodies of the body. The pressing, demanding, and dire political upheaval in Mali has apparently been frowned upon by well-meaning West African leaders. The precipitous ousting of President Ibrahim Boubacar Keita did demand such astute intervention, in fact. Incidentally, the well-studied intervention of Russia, Lithuania, Latvia, and Estonia in Belarus demonstrates, in actual fact, that the progress and problem of democracy and leadership is a “pandemic” – but, unlike COVID-19, it’s got some vaccine. The vaccine is the people, because, according to India’s Prime Minister Narendra Modi, governance that’s “pro-people” and “pro-active” tends to be “corruption-free”. Reportedly detaining President Keita for 10 days is misconstrued and misgiven by no fewer Malians. And the carriers of the coup explain their reason for such military and arbitrary intervention: in short that Mali under the Keita administration has defaulted in its raison d’être. So, there’s a call to action from the seeming well-intentioned, seasoned “coupers”. Above all, Akufo-Addo is expected to fortify the body with long-consequence features that would subvert the lacuna, mostly typified in West African countries as it were, especially between the leaders and the led.

ECOWAS shouldn’t let the Berlin Conference to egregiously misuse and manipulate its facility. The power and impact is traceable to the presidential address of Akufo-Addo as President; the speech is arguably fraught with tens of thousands of two ex-U.S. presidents’ expressions. This shows that we have so been brainwashed by the conference that we remain undetachable and unsurvivable from the undercurrent dire repercussions. The pro-colonial mentality of thinking the white as supremacists of the fountain of knowledge and ideas could crackdown on our pre-colonial mentalities to leadership and governance. I remember T.S. Eliot talking about “historical sense”. He says it is going to the past, learning from the past, and using those wells of wisdom to simultaneously address present and future issues. Yes, we had historical sense. Yes, Africa had historical sense. Yes, West Africa had historical sense. Yes, ECOWAS does have her historical sense with which she can independently operate without ‘plagiarising’ any of the so-called world leaders. Think about what’s presently happening in the U.S and U.K., for example. These are powerful countries with their unflinching delinquencies and deficiencies. Trump’s America, in particular, has spawned hundreds of thousands of black lives to their untimely deformation, laceration, or grave. President Donald Trump seems to have turned deaf ears to the cries and movements of Black Lives Matter. Finally he says white people are more ‘racialised’ and ‘radicalised’ by the police’s super-funded fire powers. In the meantime, however, presidential Democratic hopeful Joe Biden for the November 2020 Election has ‘silently condemned’ Trump whose presence, he argues, is deadlier and more toxic than the coronavirus pandemic. Prime Minister Boris Johnson, who had much earlier been criticised by Labour leader Sir Keir Starmer of “winging it” and “exit without strategy”, is up until now imposing stricter restrictions on England. Each of these countries is facing epidemics of crises of consciousness, ranging from unemployment and economic whirligig. And yet these are some of the countries we pattern our modus operandi and modus vivendi after.

Akufo-Addo is expected to prevent an inflection point of “New ECOWAS”, which will inevitably lead to the lost power of the union. This could be caused by Nigeria’s President Muhammadu Buhari’s epistemic exposure, through a statement made by his Senior Special Assistant on Media and Publicity, Garba Shehu, at the same ECOWAS Summit. Mr. Buhari made it clear, in part, that “it is important that as leaders of our individual-member states of ECOWAS, we need to adhere to the constitutional provisions of our countries, particularly on terms limit. This is one area that generates crisis and political tension in our sub-region. I urge us all to resist the temptation of seeking to perpetuate ourselves in power beyond the constitutional provisions.” The phenomenology of the “New NBA” shouldn’t be the experience of ECOWAS under Akufo-Addo.

Segun ( [email protected] ) is a graduate of English, University of Lagos, Nigeria