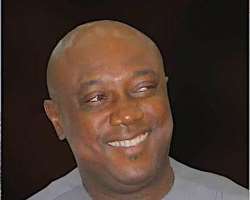 Human Rights Writers Association of Nigeria (HURIWA) has raised concern over the alleged inability of the All Progressive Congress (APC) for the Imo North Senatorial District, Ibezim Frank to produce his school certificates.

According to Comrade Emmanuel Onwubiko, National Coordinator of the association, who addressed a press conference on the issue in Abuja on Wednesday, the situation is capable of denying the zone its representation in the Senate.

He pointed out that the zone has had the misfortune of not being well represented because of one issue or the other, which has prevented it from having a representative in the past.

Onwubiko, who said his association was not bothered about who wins the forthcoming Imo senatorial by-election, stated that HURIWA is however concerned about the probity of the exercise.

“He is having certificate issue. He has not defended the allegation that he has no proven record of any academic credential.

“We are interested because in the Human Rights Writers Association of Nigeria, we are very proud of one of the records we achieved concerning the investigation that took place as it concerned one of the Senior Special Assistants to the President on Corruption.”

He said while the presidential aide harassed people over alleged corruption, HIRIWA discovered that himself did not possess any certificate that qualified him to attend a University.

Onwubiko said HURIWA’s investigation led to the eventual removal of the presidential aide in the interest of the country.

He said the human rights group has also decided that it would ensure that only validly qualified candidate is allowed to represent Okigwe zone to avoid unpleasant consequences in future.

“We said it is totally unacceptable for a major political party like the APC to produce a candidate that is not qualified to contest for the office,” he said.

HURIWA condemned the alleged role of the Governor Hope Uzodinma and the Minister of State for Education, Chukwuemeka Nwajiuba, in allegedly producing a candidate whose credentials have not been validated.

He added: “In the first place, there is massive evidence to show that the person who won that primary is Ifeanyi Ararume from verifiable records because they said he was among those who went to the field to participate, but the governor sat at Douglas House and conjured a report and his preferred candidate was announced as the winner of that primary.

“And there are issues that the man has not been able to explain to Nigerians.

“Our concern is this. We want to challenge him to Nigerians, the people of Okigwe and to show the human rights community who are also stakeholders in the democratic process we practice in Nigeria that he is qualified.

“We will not just keep quiet and allow another question of lack of proper certificate to continue to be the dominant topic of discussion in Nigeria. By now, we should have outgrown that stage.

“We do not think that the APC should continue to have questions of producing people to stand for political offices when they are not fit and proper.”

HURIWA challenged the APC candidate to produce his educational certificates if at all he has them.