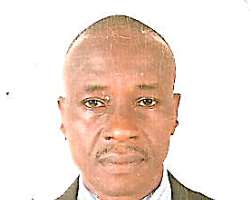 The Social and Economic Justice Advocacy (SEJA), a Lagos-Based Non Governmental Organization, has announced the appointment of Dr. Patrick Stephen Ohikhena, as Chairman, Board of Directors and, rectified the position of Stanley Karo Emeluaha as Executive Director, (Legal Directorate).

This was contained in a statement signed by the Group’s Programmes Cordinator (Media/Public Policy), Jerome-Mario Utomi, dated Tuesday 8th September, 2020, and made available to the press in Lagos.

According to the release, as the Group prepares for its next phase of growth, Ohikhena will help the organization chart new course and stair the ship of leadership while Stanley Karo Emeluaha, a founding menber of the Group will be saddled with the Organization’s legal responsibilities and interventions.

Further details as released by the Programmes Crodinator reveals that Ohikhena is a native of Ihievbe in Owan East Local Government Area of Edo State. He had his Secondary Education in Benin City before proceeding to the University of Nigeria, Nsukka for his first Degree. His working career started in the Ministry of Finance in the old Bendel state, before he went into the Banking Sector. He left the Bank and went into Academics after obtaining his PHD. He lectured for some time and proceeded to a Private University, WELLSPRING UNIVERSITY, Edo State where he is currently the school Registrar. On his part, Stanley Karo Emeluaha was enrolled as a Barrister and Solicitor of the Supreme Court of Nigeria in 2002 after obtaining his Bachelor of Laws, LL.B degree from the University of Benin. He started his legal career in the general litigation firm of Dafe Akpedeye, (SAN) & Co, Warri, Delta State before joining the commercial law office of Chuma Egemonye & Associates, Lagos, from where he was seconded as a Legal Officer to the Nigerian Agip Oil Company Limited (NAOC) and worked directly with the Head Legal Services/Company Secretary.

He is the founding partner of JurisMechnix Attorneys, overseeing the Corporate/Commercial Practice Group. Stanley has had the privilege of negotiating complex and multi-faceted commercial transactions and concluding the resulting legal documentation. He has distinguished himself in company secretarial practice, immigration law and practice, legal drafting, oil and gas law, real estate and regulatory compliance and has in the last few years, increased his expertise through participation in local and international seminars/courses. He has advised both local and foreign corporate organizations and high net worth individuals in respect thereof. He is a Member of the Nigerian Bar Association

As the duo join SEJA’s Board, they will bring to the organization their global exposures and experiences.