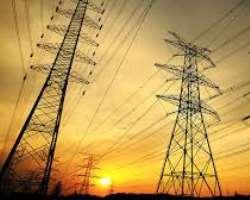 The prominent Civil Rights Advocacy group:- Human Rights WRITERS Association of Nigeria (HURIWA) has accused President Muhammadu Buhari of revisionism and playing a dangerous game with the lives of Nigerians by the recent outrageous hikes in pump price of fuel and electricity supply.

The Rights group was responding against the backdrops of the claim by the presidency that the increments were patriotic, just as the group said it was an act of cruelty for a Federal Government to impose punitive price hikes at the time Millions of Nigerians are bearing the brunts of the economic loses brought upon them by the lockdown that greeted the emergence of the health emergency of Covid-19. HURIWA stated that history is not fraudulent but accurately represents the heartbeat of the time which goes to show that on no account will any historical account of the last five years vindicate the vindictive, mischievous, cruelest, clueless and anti-people policies that have been unleashed on Nigerians by the President Muhammadu Buhari led administration.

The Rights group reminded President Muhammadu Buhari that as the leading Political Opponent of the then President Goodluck Jonathan Administration, he was at the forefront of the well ochestrated and heavily induced opposition to the move by the then People’s Democratic Party led government to stop the subsidy an fuel.

“How can the same person who joined others to spearhead National protests against planned withdrawal of petrol subsidy only few years back be the same person blaming that government of lacking courage in not withdrawing the fuel subsidy that he Muhammadu Buhari crippled the administration not until the planned policy was dropped? This is a show of dishonesty and cruelty”.

“Can we tell President Buhari that revisionism is an attribute of cruelty and the decision to impose further hardships on the already impoverished and oppressed populace at this time all other nations of the World are rolling out remedial economic subsidies to revive private businesses of citizens buffeted by the consequences of Covid-19 lockdown, is nothing short of absolute wickedness."

HURIWA has therefore tasked President Buhari to read the Constitution which he swore an oath to keep just as HURIWA stated that there are a plethora of provisions obliging the President and other Public Office holders to avoid cruelty in the execution of Public Policy since Public policies are to be guided by public good”.

HURIWA cited the constitutional provisions thus: "14(1) and (2) says:“The Federal Republic of Nigeria shall be a State based on the principles of democracy and social justice;It is hereby, accordingly, declared that-:(a.) sovereignty belongs to the people of Nigeria from whom government through this Constitution derives all its powers and authority;(b.) The security and welfare of the people shall be the primary purpose of government.”