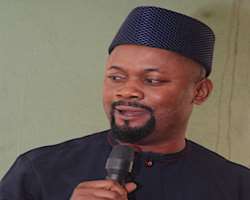 The above school of thought tells us that an action is right if it is pleasure-producing and wrong if it is pain-producing. These philosophies belong to the ‘Hedonist School of Ethics’ and are very dangerous to our daily moral life. If conscience is just related to what makes us feel pleasure or pain, then life becomes entirely a matter of what we feel we like or dislike and there is no room left for God or for his will. It was this obnoxious thought that influenced the high level of looting the state treasury, abuse of human right and constant threat to life witnessed in Imo state some months ago.

When you consider the depleting level of our values which is however in tandem with our political system, one will be compelled to conclude that democracy in Nigeria is like four wolves and a lamb voting on what to have for lunch. Our political leaders have not been able to offer yesterday’s solution to today’s problems as a result the modern youths think that politics is a game of deception bereft of values as Maureen Potter would say “Politicians are like nappies. They should be change often-and for the same reason”.

The reason for proper application of Maureen Potter’s philosophy in our context is so obvious because politics is a reality that touches almost all aspect of human existence. It pervades much of human life: family life, social, religious, economic and cultural life. Also national and even international activities belong to its proper domain. It is to be noted however that political ethics has to do with the moral principles at the basis of the political society.

Few months ago, there was a change of political leadership in Imo. Rochas and his family business was voted out; a change that produced Rt. Hon. Emeka Ihedioha as the Governor of Imo who came to Rebuild. Later and as a result of legal political battle, the victory of PDP was upturned by the Supreme Court and Gov. Hope Uzodinma was sworn in as the executive governor of Imo State.

The governor should try to carry everyone along and shun acrimony and resentment occasioned by gossip initiated by his “trusted” allies. Those he appointed should not do praise singing work. They should be bould enough to tell him the obvious truth. There is need for proper inculcation of the culture of morality which our governor cherishes so much into them. Governor cannot be building Imo and some are destroying indirectly. Should Imo fall inside a pit, the Gov. Hope will be held responsible and his Christian disposition will be questioned.

Gov. Hope started by not offending his core supporters and loyalists. This is what I call “Political Settlement.” Some of those who lost their political bearings during eight years of Rochas’s rule have bounced back and have started enjoying the dividend of democracy from Gov. Hope. Chief Hope Uzodinma is not vindictive at all but some people are alleging that it appears that some demons at the government house have gathered against him to make him lose focus. Could demons be responsible for the ‘normal character’ of some of our political leaders? Mel Brooks concludes, “If politicians don’t do it to their wives, they do it to their country.”

It is obvious that the term politics means different things to different scholars. Besides the common concept and meaning of the term, there are also etymological and socio-philosophical notions of the term which varies from one scholar to another. Pope Paul VI confirms the above in his Apostolic letter “Octogesima Adveniens” (1997) to the said various meaning of the term when he said, “It is true that in the term “politics” many confusions are possible and must be clarified”.

Today, almost everybody sees politics as a dirty game to be practiced by dirty people. Leonardo Boff stressed this point in the observation that not a few people regard “politics (as) something dirty, a lie, demagoguery.” C.I Ejizu makes the same point that some Christians see politics as “dirty, devilish and only fit for crooks, cheats and liars”. Why this obnoxious notion about politics? I may be forced to conclude that this obnoxious view is informed by the undesirable attitudes of our politicians. In the words of Cardinal Arinze, “If, however, the politician takes and gives bribes, assassinates other peoples characters… exploits women and embezzles government and party funds, then it is he (or she), not politics that is dirty.”

The Bible upholds politics as a good thing willed by God for the well-being of humanity. It was for this good reason that St.Paul affirms that “all government comes from God” and that “The state is there to serve God for (peoples) benefit…” (Rom. 13:1-7). It is obvious that God gave us Gov. Hope Uzodinma as his will and whatever he does is the product of his liberty and morality. This is further confirmed by a South Africa Theologian T.S.N Gqubule thus, “The Christian religion teaches that God is lord of the whole life and the lord of all creation. There is no sphere of life such as politics, economics education which is not under his lordship.”

I must say that Senator Hope is a seasoned politician that has respect for morality though not without human frailties. At the moment, he has value and concern for Imo people. A man of value is a man that has morality fixed firmly in his consciousness. Gov. Hope has value and values give direction and firmness to life and they bring to life the important dimension of meaning which adds joy, satisfaction and peace to life. I must confess that what is happening now calls for proper rumination and profound cogitation and should make us pray very well for our governor.