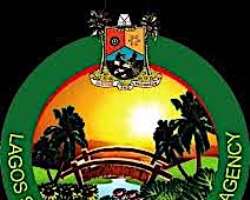 The Lagos State Government has re-opened two of its recreational parks for public use after several months of closure due to the COVID-19 pandemic.

The General Manager, Lagos State Parks and Gardens Agency ( LASPARK), Adetoun Popoola said “the Agency has made necessary arrangements and put in place relevant safety protocols for the public to visit our parks”.

She stated that strict observance of these guidelines, including physical distancing, use of face masks, temperature checks and washing of hands with soap and running water, were germane to reducing risk of exposure to the virus.

“It is also pertinent to mention that children below five and adults over 65 years of age are advised to stay home to reduce their risk of infection. All playing items and games which have high touch surfaces will also not be operational for now at the parks,” she said.

Popoola added that the two parks currently re-opened for public use were the Ndubuisi Kanu Park (NKP) in Alausa and Dr. Abayomi Finnih Park (DPF) in Oregun Ikeja.

She, however, averred that the occupancy limits of the parks had been restricted to 150 people for Ndubuisi Kanu Park (NKP) and 100 people for Dr. Abayomi Finnih park (DFP).

The General Manager stated that other public recreational parks in various parts of the state were still being assessed for re-opening and that the public would be notified accordingly.