Violence And Nepotism Are Twin Articles Of Expansionism 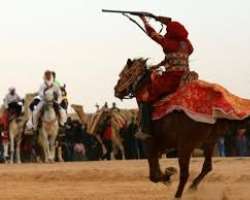 There is a conflation going around that religious intolerance is responsible for the violence and killings going on in Northern Nigeria especially. Nothing could be further from the truth.

The killings in South Kaduna and elsewhere in Northern Nigeria, bar the North-East geopolitical region are not about religion. The only sect that ostensibly kills in furtherance of the Islamic religion in Nigeria is Boko Haram and its spin-offs. Their terrorist activities are mainly localized in the North-East region.

The killings in Southern Kaduna and elsewhere in Nigeria are for territorial control and expansion of spheres of influence only. The expansionist Fulani are the sole aggressors as well as the land grabbers.

The reason why the violence is spun by both sides to the conflict as religious killing is that most of the native victims are Christians. Necessarily and naturally there may be counter reprisals by native militia resisting Fulani incursions. But that is about as religious as it gets.

It must be stressed that most of the hands-on masculine Fulani practitioners of violence in Nigeria are not practicing Muslims. They do not pray five times a day and majority have never seen the four corners of a mosque at the same time.

Porting various charms and amulets, their mouths painted over with lipsticks, their eyelashes profiled with eyeliners, and their hands carrying AK-47 rifles and machetes, these male Fulani killers may be nominal Muslims in theory. In practice they are nothing but pagans, if the truth must be told.

The expansionist Fulani Leaders who send these pagan shock-troops to kill for territory however are Muslims. It suits their purpose to introduce religion as a motive because that is the only way they can garner the support of Hausa and Yoruba Muslims.

It should be noted that being historical land-owning tribes themselves, Hausa and Yoruba Muslims respect tribal boundaries and would ordinarily never kill to acquire the lands of other tribes.

It is also convenient for the Christian South Kaduna natives on the receiving end of Fulani atrocities to characterize the conflict as religious persecution. That is the best way to garner support from the mainly Christian Southern Nigeria as well as international observers.

So although the effect of expansionist Fulani-led killings quickly deteriorates and degenerates into a Muslim onslaught on indigenous Christians, the core agenda is to acquire territory, install Fulani emirs, ensure Fulani suzerainty, and expand Fulani access to political and topographic resources.

This is a big difference that shows how sly and cunning the expansionist Fulani really are. In the realm of human manipulation, they are primus inter pares among all the African tribes.

It suits the expansionist Fulani to propagate the religious dimension because the Fulani Sultan of Sokoto, wears two distinct caps interchangeably depending on circumstances.

He is at once the titular Head of all Muslims in Nigeria and also at the same time the titular King of the Fulani ethnicity. Majority of the Emirs appointed by the Sultan to reign and rule over seized territory, the prized fruits of expansionism, are Fulani.

This twinning and domiciliation of religious and traditional authority by the expansionist Fulani in the person of the Sultan is a clever win-win contraption which enables them to sustain their political influence as well as affords them the religious platform to mobilize brainwashed non-Fulani support whenever the need arises.

How do you think they win elections even in areas where they are clearly in the minority? By controlling the hearts and minds of Muslim subjects via spiritual control and by curbing and controlling their ethno-nationalistic senses by serving as the same time as their traditional rulers, they force the conquered natives to behave like zombies in front of the ballot box.

This is the reason why the Sunni sect-led Fulani are so ferociously opposed to and want to completely exterminate the Shiite sect in Nigeria, even though they are all Muslims.

The Shiites in Nigeria who I suspect, admittedly without hard evidence, are predominantly Hausa, owe their allegiance not to the Sultan of Sokoto but to their own spiritual leader Sheik Ibrahim El-Zakzaky.

The latter of course with his wife, have been languishing in detention for almost 5 years on clearly trumped up charges. The Shiites dilute Fulani rule of Muslims in Nigeria and constitute a potential alternative center of religious and ethno-nationalistic power.

And this is the core reason why the conflict in Southern Kaduna cannot end except and until the Fulani emirate systemic rule over “conquered” territories is abolished. Creating a Fulani emirate to exist side by side with an ages long native chieftaincy on indigenous, forcefully acquired territory is inherently unstable.

Think about it for a minute.
The Fulani will never be satisfied because they cannot have the sole traditional clout to influence the minds of the natives and determine the outcome of elections, in support of Fulani rule, at the grassroots, State and Federal levels.

For their part the natives will never be satisfied. They would be perpetually resentful of Fulani settlers getting political appointments meant for their areas and at their expense at both State and Federal levels through Fulani nepotism.

And in case you do not know, violence and nepotism are the twin necessary articles of faith for expansionism. You cannot expand your ethnic territory without the use or the threat of the use of force to subdue the natives. At the same time, you cannot maintain your dominance over the natives you have overrun without appointing your blood relations to lord it over them.

Go back through History, everywhere there was expansionism there was also violence and nepotism. In Hitler’s Third Reich there was war as Poland, France and other nations fell and there was nepotism as Jews were sent to the Gas Chambers while Teutonic German Aryanism as the super-race was emphasized.

I hate to sound negative, but the various peace accords currently being signed between the Fulani settlers and natives in Southern Kaduna are not worth the price of the piece of paper they are written upon.

The Peace Accords can only be meaningful if nepotism is discarded by the Fulani as an expansionist tool. And I assure you it is easier to dissuade a wayward person from practicing prostitution than to get the expansionist Fulani to abandon nepotism. Nepotism is their ingrained mode of life. In fact, it is the only way a minority can govern the majority.

Now skill in human manipulation could be a measure of their social intelligence, but the expansionist Fulani lack the energy and stamina to put their hands to productive ventures or rigorous enterprise. As economic parasites they must necessarily be carried by others on their backs.

Let us reiterate that not all Fulani are expansionist. Many progressive Fulani are some of the most sincere, most faithful, most honest, most brilliant and most hardworking Nigerians around.

That being said, only stupid and idiotic Nigerian ethnicities will present their backs, their waterways and their adjourning lands through acceptance of the Water Resources Bill currently before the National Assembly, for the expansionist Fulani to mount in the name of “One Nigeria”.

‘One Nigeria’ by itself is an idiotically fraudulent expression. How can you be one with expansionists who neither value human life nor respect property rights?

And you can take this to the bank. Once the expansionist Fulani place a saddle on your back, they will never dismount voluntarily. They will ride you to frightful death in the dust.

The Waters Resources Bill to all intents and purposes is a Fulani saddle much like the failed and aborted Grazing Reserves, Cattle Colonies, and RUGA expansionist schemes.

Time will tell if Nigerians will idiotically allow the placement of this new unitarist contraption on their backs, as a saddle.