By Shenge Rahman Akanbi, Femi Odedeyi For and on behalf of Egbe Omo Oduduwa 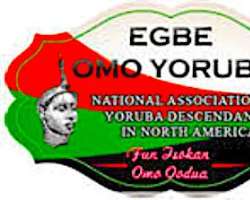 Statement by the Editorial Board of the Yoruba Referendum Committee

(1) The Constitution Review Committee of Nigeria’s National Assembly under the Chairmanship of Senator Omo Agege has announced its intention to present the Draft of a new Constitution for Nigeria by the first quarter of 2021. This Draft is to be based on, among others, the Report of the 2014 National Conference as well as the 2018 Report of the APC Committee on Federalism chaired by Nasir El-Rufai, current governor of Kaduna State. As a prelude, the Constitution Review Committee has asked members of the public to submit memoranda.

(2) Our experience with previous Conferences and Summits aimed at Reviewing Nigeria’s Constitution, from the IMF debates, Political Bureau, Niki Tobi's Constitutional review, Abubakar's consultations, Obasanjo’s All-Parties Technical Review Committee, Jonathan’s Conference, to various National Assembly Retreats on the Constitution, all ended up in the archives of unwanted materials and shows the disdain to which the Peoples of Nigeria had been and are being subjected.

(3) A Constitution is the “basic law”, the Grundnorm of a society. It embodies the socio-cultural essence of the People; it aggregates their existential paradigms. Therefore, it is not simply a series of legal codes that can be altered at will. However arbitrary alteration of the Constitution has been a regular practice in the country, Nigeria, and this occurs always without reference to the people who are to be governed by the Constitution.

(4) Based on the above , the National Assembly’s pursuit of a “Constitutional Review” denies the faulty foundation of the 1999 Constitution; this pursuit is merely an attempt at filibustering the quest for True Federalism; it is a pursuit to rather abridge the right of Self-Determination or Autonomy of the various Peoples and Nationalities of Nigeria and therefore True Federalism by the required concurrence of 24 states’ Legislative Assemblies which may not share similar existential prerogatives or desires.

(5) The 1999 Constitution, the Jonathan Conference and the APC Committee on Restructuring neither presented nor represented the Nationalities as the Federating Units. The conceptualization implicit in these attempts and the implementation of outcomes of such meetings denied the participating Nationalities the freedom to choose their representatives whose direct voices were needed on such crucial aspect of Restructuring the polity in Nigeria.

(6) The Jonathan Conference promoted the ridiculous position of “states” as the Federating Units and proposed “State Constitutions” as a necessity. Yet, States, as we have them in Nigeria, are administrative entities, which were not even created by the residents but by military fiat. A country can have any form of administrative unit, which was why Aguiyi Ironsi replaced the Regions with “groups of provinces” which are now more or less the “states”. Indeed, every Union or Federation in the world is based on a Union of Peoples which may now be administered either as states (administratively) as in the US or (geographically), as Regions as in Germany. For a Federation or Union to exist, therefore, the Peoples inhabiting such a geographical space must make that decision due to their inalienable rights.

(8) The APC Committee’s Report on Restructuring promotes some degree of devolution of powers to the “Federating Units”. Devolution implies the sanctity of the Center and denies Federalism as a relationship between co-equal partners hence cannot be the solution as it retains the power to take back what it has given away. True Federalism, on the other hand, implies (i) re-imagining of the Center, the re-creation of a Center which will ensure the redevelopment of the human capabilities of the various Nationalities that have been in abeyance since Colonial intrusion and (ii) addressing the combined and uneven social and economic development of the country.

(9) The APC Committee chose to make the recreation of the Center a matter for the future by saying that there will be a consequential (Constitutional) amendment if the recommendation that states (Federating Units) exercise control over their natural resources within their respective territories and paying royalties to the Central government is accepted. If States (meaning Constituent Nationalities) exercise such control, all elements of a dysfunctional Post-Colonial State will be neutralized as its architecture will become dependent on the prerogative of the “States” where all the fundamental indices of development such as planning and execution of social, cultural, micro and macro-economic issues will be vested in the Federating Nationality. Since the current Constitution is the pertinent and pervasive problem that must be resolved, the question of its “consequential amendment” does not arise.

(10) In Nigeria, the post-Independence Nation-State exists in contradiction to the right and consequently the ability of the Nationalities to maintain their God-given Identity. This contradiction thus denies the Nations the ability to pursue micro and macro-Economic policies that will result in the development of social and economic relationship between the various Nationalities within Nigeria and their Diaspora, and which, for the Yoruba Nation, are the Yoruba in other West African countries, Brazil, Cuba, the U.S, the West Indies and South America without the overriding legislative power of the Nigerian Union.

(11) The above, and more, are why the Yoruba Nation is putting forward, a new Central Structure for Nigeria as a Multi-National State: a “Federal Nigeria, through a valid Federal Constitution, to be known as The Union of Nigerian Constituent Nationalities, with a Federal Presidential Council, whose members will be selected or elected from each of the Nationalities as Federating Units and from whom a Head of State will be selected or elected as the primus-inter-pares with an agreed term.”

(12) This will be essentially achieved through Referendums among the various Nationalities in Nigeria. For the Yoruba Nation, the Yoruba Referendum Committee is working towards convening of the Yoruba Consultative Assembly for the twin purposes of calling on the State Houses of Assembly to pass the Bill for a Referendum into Law as well as ratifying, rejecting, or renewing the Draft Yoruba Constitution as the alternative to the 1999 Constitution.

(13) The Referendum will become the practical manifestation of the Will of the People through which Nigeria’s and Yoruba Nation’s Grundnorm can confidently assert their being of “We, The People”.