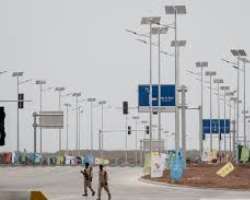 On July 15, police in Balbala, a suburb of Djibouti City, the capital, arrested Charmarke Saïd Darar, a reporter with the Paris-based privately owned broadcaster, and held him without access to a lawyer until releasing him without charge on August 4, according to Darar, his lawyer Zakaria Abdillahi, and La Voix de Djibouti director Mohamoud Djama, all of whom spoke to CPJ via phone and messaging app.

During his detention, police kicked and scratched Darar, cuffed his hands behind his back for long periods of time, deprived him of food and water, and interrogated him about his work, he told CPJ. He said he was held in at least five different locations, including the Hodan police station and the fifth district police station, both in Balbala. He told CPJ he did not sustain lasting injuries from the mistreatment.

The journalist, his family, and his colleagues have faced sustained harassment by police in recent months, Darar and Djama said. Prior to his arrest, Darar had covered a fire in Djibouti City and protests held across the country over the detention and alleged mistreatment of an air force pilot, he told CPJ.

“Charmarke Saïd Darar’s weeks of illegal detention, combined with the intimidation of his family and harassment of his colleagues, sends a chilling message to local journalists and the world about the state of press freedom in Djibouti,” said Angela Quintal, CPJ’s Africa program coordinator. “La Voix de Djibouti should be free to report the news inside Djibouti and keep the local population and world informed about what is happening in the country.”

In an earlier incident on May 3, police arrested Darar, interrogated him about his work with La Voix de Djibouti covering the fire in the capital, and released him without charge on May 8, according to Djama and a post on La Voix de Djibouti’s Facebook page.

In June, two La Voix de Djibouti reporters, Kassim Nour Abar and Mohamed Ibrahim Waiss, were arrested and held for three days each, and another reporter with the outlet, Osman Yonis Bogoreh, was forced into hiding, all over their protest coverage, as CPJ documented at the time.

Djama told CPJ on August 24 that Bogoreh remains in hiding. Houssein Aden Wadowr, another La Voix de Djibouti reporter, has been in hiding since July 24 after being informed by a colleague that he was wanted by police following his reporting on the protests, Djama told CPJ.

On July 7, police raided a shop owned by Darar’s family and arrested the journalist’s brother, Djimaleh Saïd Darar, and a shop employee, Mohamed Mohamed Moussa, according to Darar, Djama, and a post on Le Voix de Djibouti’s Facebook page, which alleged the arrests were an attempt to silence Darar’s reporting. Djama told CPJ that his brother and Moussa were released on July 9 without charge.

Abdillahi told CPJ that he was denied access to Darar when he tried to visit him in detention at the fifth district police station, and wrote to the prosecutor emphasizing concern that he had not been permitted to access his client.

Article 64 of Djibouti’s penal procedure code indicates that no individual may be held for longer than 48 hours before being brought before a judge.

On August 2, police brought Darar to his family’s home and raided it, seizing identification documents, two phones, and a decorative knife, before leaving the scene with Darar still in custody, according to the journalist, Abdillah, and a post on La Voix de Djibouti’s Facebook page. Separately on August 2, Djimaleh Saïd Darar was arrested at the family’s home, interrogated about the journalistic work of his brother, and released later in the evening, Darar said.

Darar told CPJ today that his phones and the documents had been returned, but authorities retained the knife.

Darar said he did not believe that authorities had accessed his phones because they did not have their passwords and did not question him about their contents. In response to allegations that Darar’s Facebook account had been compromised during his detention, Darar said that the account was controlled by a friend who posted on his behalf and had not been accessed by Djiboutian authorities.

La Voix de Djibouti is known for its criticism of Djibouti’s government and was founded by Daher Ahmed Farah, the leader of the opposition Movement for Democratic Renewal party, according to CPJ reporting.

Djama told CPJ that the broad campaign of intimidation and harassment has severely limited the outlet’s ability to report news from inside Djibouti.

Mahmoud Ali Youssouf, Djibouti’s foreign minister and government spokesperson, told CPJ via messaging app that “we do not arrest people for their opinions in Djibouti,” but did not directly answer questions about the repeated arrests of La Voix de Djibouti journalists.

CPJ contacted two representatives of the Djibouti police by phone. The first said they were not authorized to comment on Darar’s case. The second, reached at the Hodan police station, requested that CPJ ask questions in person at the station and did not give their name, then the line disconnected when CPJ said asked why Darar was arrested.