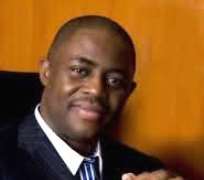 I recall series of incidents I had been involved in, in the course of my nearly forty years career as a journalist, similar to the encounter between Femi Fani Kayode, a politician and Eyo Charles, a journalist.

At the height of the apartheid regime in South Africa, then British Prime Minister, Margaret Thatcher, a strong supporter of the white only government in South Africa was in Lagos on a flying visit, she had earlier been in Kano where she dodged Nigerian journalists. In Lagos we were prepared, or should I say, I was prepared and ready for her. I was Airport Correspondent for Concord Newspapers. Her visit, which had divided opinion in Nigeria came on the heels of the removal of Prof Bolaji Akinyemi as Nigeria’s Foreign Affairs Minister by IBB. It was rumoured then that Prof Akinyemi was against her visit because of her stance on apartheid, so IBB had to remove him first for the visit to take place, we were made to believe. This prepared the ground for my encounter with Thatcher.

We were warned by presidential guards not to do anything funny or step out of bounds. To me, that was rubbish! Thatcher arrived aboard a BA flight, had a meeting with Babangida, I think it was one day visit. On her return, her convoy arrived the Presidential Lounge @MMIA with IBB who proceeded to see her off to the waiting BA aircraft, without even a pause to either acknowledge or take questions from the waiting journalists. Very unlike IBB and his other foreign visitors. I was worried that my opportunity to ask the Iron Lady the many questions bothering my mind was going away from me. But I was determined not to let it slip. I bidded my time waiting for the slightest chance. I followed them as they moved towards the aircraft. As a familiar face known to the presidential BG boys, they allowed me to follow few metres behind. Since it wasn’t a state visit, there were official departure ceremonies.

So after exchange of pleasantries, Thatcher proceeded to the aircraft, as she was about stepping on the gangway, I jumped in front of the dignitaries, close to her, to the surprise of everyone present, and shouted my questions to her. “Why are you dodging Nigerian journalists? Why are you supporting apartheid? Why are you so wicked?” Series of questions at the same time, within few seconds.

Thatcher was surprised and at the same time angry. She looked at me contemptuously, turned, climbed the gangway and entered the aircraft. Turned again and waved to IBB. And that was the end of the matter. Needless to say I was happy and felt fulfilled as I left for my office to file my story, even as I was given a stern warning by the BG boys never to attempt such again as it could be fatal I took the advice.

At another time, another foreign visitor came to Nigeria and I had a near similar encounter. President Robert Mugabe of Zimbabwe was at the NIIA to give a lecture, by that time he had spent close to two decades or more in power. I was in the audience. When it was time for questions I indicated I wanted to ask a question and was recognized. “The problems of Africa are caused by sit-tight leaders like you who wants to die in office, what are you still doing after about two decades in office?”, I asked Uncle Bob. You needed to see the annoyance and irritation towards me in his face, but he gave no response. He called for the next question. At the end of the lecture, nobody rebuked me for asking the question, lots of my colleagues and even dignitaries present commended me for my courage.

Alabo Tonye Graham-Douglas is a man with a short fuse. As Minister of Aviation under Babangida, he had a running battle with the MD of Nigeria Airways (can’t remember his name now) then over fixing airfare. He addressed a press briefing at the airport to state his side of the story. During the briefing there was a heated exchange between us as I challenged some of his actions as ultra vires which he didn’t take kindly to. He abused me saying all sorts of things, including that I was being paid to ask those questions. I ignored him. I filed my story devoid of the abuses. The story made from page of National Concord the following day. Few days later, I got a phone call from his Press Secretary, a certain Okemeri, an elderly man, than Douglas was inviting me to his office, which I bluntly declined. The elderly man was my friend and he pleaded with me to honour the invitation as his job was on the line. On a second thought, I accepted. On the appointed day, Okemeri ushered me into Douglas office and the first thing the Minister said once he had sent the press secretary away was “thank you”. He told me how my story helped his case against the MD when IBB summoned him after reading my story. He was happy that I didn’t mention the heated argument we had, and commended my sense of fairness and professionalism. I didn’t say anything. Though he didn’t expressly apologize for his utterances at the press briefing, I could see that he was genuinely sorry.

Commander Okhai Akhigbe as he then was, when he was governor of Ondo State was at the airport several times and on each occasion granted interviews to the correspondents especially during his crusade to get the commodity boards scrapped by IBB. He wanted the Nigerian Cocoa Board scrapped. We reported his position extensively and at the end of the day IBB scrapped the commodity boards. He was happy. During one of his visits to Lagos after, I asked him a very tough political question which I can’t remember now and he became hostile, accusing of being sponsored by my publisher then, the late Chief MKO Abiola. I ignored him but my colleagues asked him who was sponsoring us when we were writing the Cocoa Board stories.

During his tenure, the airline made a controversial purchase of a DC-10 aircraft which divided opinion in the industry. Stories were flying around about some underhand dealings in the purchase as well as the shopping spree the airline staff who went to the US to receive the aircraft were engaged in.

The press corps at the airport was ready to confirm this and other stories once the aircraft arrived. I was there with my colleagues on the D-Day and we were able to get on board before the people disembarked and truly there were all sorts of things purchased by the staff, including car tyres.

As I made my way inside the aircraft to confirm the goods on board, I saw Bello’s Military Assistant, a certain Squadron Leader Jetson Nwankwo carrying two big luggage one on each hand. I being known to him, on seeing me, he put down the luggage and shouted “what are you doing here”. Before I could say a word, he slapped me and I was more shocked than surprised.

My immediate thought was to react in similar fashion but I thought that would be dangerous, with the number of security men around him. I verbally protested as I disembarked from the aircraft. Of course the assault was well reported the following day and it became an issue between the Lagos NUJ and Nigeria Airways. The management of Concord Press vehemently protested.

I had gone this far to narrate few of the similar experiences I had in the past, first to restate as others have said that Charles had done nothing wrong and that FFK has shown by his actions/utterances that he was and still unfit to lead or hold any position of authority in this country or anywhere in the world.

Second, I need to state also that Charles and our colleagues present at the event, by not challenging or responding to FFK in similar fashion had also not done anything wrong, instead, they should be applauded for showing maturity. And I would like to borrow Michelle Obama words here, “when they go low, we go higher”. We don’t have/need to wrestle with a pig to make our point.

The media, as a united family, should rise up now and put people like Femi Fani Kayode in the right place where they belong; the gutters.

This is the time for the Nigerian Press Organisation (NPO) comprising the Nigeria Union of Journalists (NUJ), Nigerian Guild of Editors (NGE), Newspaper Proprietors Association of Nigeria (NPAN) and Broadcasting Organisation of Nigeria (BON), to reassert the powers, relevance and importance of a free media in the society, especially one that claims to be a democracy.

The political class also needs to rid itself of characters like FFK, people like him abound in all our political parties. Little wonder then that Nigeria is what/where she is today.

And to the general public, especially those that venerate spoilt brats like FFK, it’s time to take a second look at the people we call heroes/leaders. Show me your friend and I will tell you who you are. So goes the saying.

Waheed Odusile is the immediate past President of the Nigeria Union of Journalists.