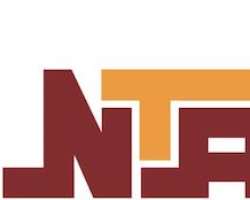 The Senate on Monday queried the Director General of the Nigerian Television Authority, Yakubu Ibn Mohammed, over non-profitable unprofitable joint venture with StarTimes.

The lawmakers were visibly angry with the Director General, with the Joint Committee on Finance and National Planing accusing the DG of making unsatisfactory submissions on operational and revenue drive of the information outfit.

Not satisfied with the presentation of Mohammed, the Joint Committees ordered to appear before them Mohammed again on Tuesday along with the Managing Director of NTA TV Enterprises, Maxwell Loko, who supervises the joint venture with StarTimes.

The DG of NTA had appeared before the Committee last Friday, but ordered to reappear on Monday for allegedly making unsatisfactory submissions on financial records of the institution as regards internally Generated Revenues and details of its alleged debtors.

Mohammed ran into trouble at the Monday sitting when he told the committee members that not a single dime has been realised from joint operational venture it entered into with StarTimes since 2008.

He said: “As an Executive Director in 2009 in NTA, not a single kobo was made from the joint venture with StarTimes, the same situation I met in 2016 when I returned as DG.

“In fact, on assumption of office as DG, that was the first question I asked, upon which records of non-profitability was presented by the NTA subsidiary outfit running it.

“The non-profitability status of the venture remains till today.”

Angered by the response of the leadership of the NTA, the chairman of the Joint Committees, Senator Solomon Olamilekan Adeola, asked the NTA DG whether he was sure of what he presented before the panel as defence.

Adeola said: “Mr. DG, are you telling this committee that for solid 11 years the joint venture agreement NTA had with StarTimes has not yielded any profit despite using your facilities for over over one million subscribers?

“This is completely unfair to Nigeria.
“Something is cooking.
“You must come with the MD of your subsidiary unit overseeing the contractual and operational agreement.”