The Concept of Change; Constant versus Variable. 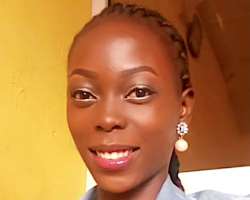 Suffice it to say, change is a constant thing though this assertion seems a cliche. It is conceived to be an inevitable part of human life hence resistance to it often leads to mayhem. Most times, it is misconstrued and misrepresented in our societal paradigm of an ideal change. Also it is quite generic in our everyday lives. On a narrow perspective, we change our minds about what we want to wear, eat, buy and so on. A premise could be a situation I found myself when I was time to choose a career. I wanted to be a medical doctor but could neither stand the smell and sight of blood nor the queasiness in the bottom of my stomach when I perceive drugs till date. Hence, I had to change my career path. .

Exploring change on a larger terrain entails our social, economic and political entities. Socially, change is perceived by scientists to be caused by Technology, Social institutions, population and environment. At this juncture, it is significant to note that change embodies both positive and negative impacts. Whilst advance in technology has made life easier and modernized, it has wrecked havoc in the society. With the advent of phones, in recent times millions of people walk around with their heads tilted toward a small device. Access to the internet has created a platform to reach and connect to the global village in the confines of one's house. In the same vein, the culture of cyberbulling is inherently birthed. Consequently, these elements alter human interaction and relationship which transforms cultural and social institutions.

All over the world, economies are currently going through an economic adjustment process. More so, with the Covid-19 pandemic raving, the global economy is yet to rear back on its feet. The aftermath is inevitably going to leave an indelible scar which can never be eroded in a short while. Economic change is a shift in the structure of an economic system resulting to changes in the society, culture and every life. There are intentional changes caused by human factor and there are unintentional changes caused by nature. Whichever way it comes, the decisions of the government and individuals as change agents have a long way in shaping the outlook of the economy. It goes without saying, the pandemic has effected changes in lifestyles, decisions and policies across the globe.

The issues faced both in social and economic system, more often than not lead to political change. Issues like differing views of racial, ethnic or religious groups, policies that hinge civil rights, social unrest and so on. An instance is the death sentence passed on the singer that blasphemed against Mohammed while the repentant Boko haram soldiers were pardoned and even given a certain amount of money to take care of themselves. This issue is still an ongoing controversy yet to be resolved as quite a number of people and right activists raised eyebrows at the sentence. In politics, the word change has been abused to a larger extent that people no longer look forward to it especially a positive turn around.

This leads to a question for all, is change sustainable? In reality, the concept of change doesn't embrace sustainability. Infact, people resist change because they believe they will lose something of value or fear they will not be able to adapt to the new ways. ... It's a significant change to their daily routine, which is deeply emotional because it upsets their level of safety and security. Some people perceive change as opportunity, others think it is a world full of uncertainties. Whether we accept it or not everyone possesses an homogeneous adaptive immune system to change. The levels of adaptive control may differ. However, before change is being embraced, an understanding of why it is an inevitable part of human existence and why it is significant cannot be overemphasized. How prepared are you for this change? Entering uncharted change territory without some sort of route map puts you at an immediate disadvantage from the start. Naturally, we have pessimists, optimists, and sceptics who approach change from their varying dispositions. Notwithstanding, everyone must embrace change else one will be forced to live with its harrowing saga.

Interestingly, change can be classified in a number of ways. Ackerman (1997) has distinguished between three types of change:

Developmental – May be either planned or emergent; it is first order, or incremental. It is change that enhances or corrects existing aspects of an institution, often focusing on the improvement of a skill or process

Transitional – Seeks to achieve a known desired state that is different from the existing one. It is episodic, planned and second order, or radical. Much of the organisational change literature is based on this type

Transformational – Is radical or second order in nature. It requires a shift in assumptions made by an institution and its members. Transformation can result in an institution that differs significantly in terms of structure, processes, culture and strategy. It may, therefore, result in the creation of an institutionn that operates in developmental mode – one that continuously learns, adapts and improves.

From the categories of change, it can be explicitly deduced that whether planned, emergent or radical, it requires human efforts. Change can be sustained if we are prepared to curb the downturn and exploit the inherent benefits. Change is intrinsically embedded in nature; it can not be stopped or placed on a hiatus. It is constant!

In a nut shell, everyone is saddled with the responsibility towards being a positive change agent. No folding of hands, a sitting on the sidelines. It goes beyond words but action is power. In a bid to navigate change, we cannot afford to tow the same road travelled or replicate same myopic decisions of our predecessors and expect a different results. Being altruistic and patriotic have gone stale and eroded in the tussle for power, graft and corruption is the order of the day. Despite this, we won't give up, so be the change you want.

Chiedu Dorcas Osamudiame, is a passionate follower of "a pen for your thoughts" not a penny!!!! With an astute knack for writing prevalent issues affecting the world and the human race. Quite gregarious and perceptive, an encounter with her thoughts will leave you invigorated.