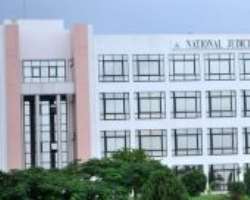 The National Judicial Council (NJC) has recommended the appointment of 22 judges for the Supreme Court and other courts of the federation.

The Council's Director of Information, Soji Oye, announced in a press statement that the decision to recommend the appointment of the judges was taken at the second virtual meeting of the Council which held on August 11 and 12 respectively.

According to him, meeting was chaired by the NJC Chairman and Chief Justice of Nigeria, Justice Tanko Muhammad.

A breakdown of the figure indicates that four of the judges are recommended as Supreme Court Justices, three Heads of Court, 11 judges for State High Courts, and four Kadis of the Sharia Court of Appeal.

The National Judicial Council under the Chairmanship of the Chief Justice of Nigeria, Honourable Dr. Justice I. T. Muhammad CFR, at its 2nd Virtual Meeting held on 11th and 12th August, 2020, considered the list of candidates presented by its Interview

He listed names of 22 successful candidates recommended to President Muhammadu Buhari, GCFR, and their respective State Governors for appointment as Justices of Supreme Court of Nigeria, Heads of Court and other Judicial Officers in Nigeria.

They are as follows:

iii) Jessica Susan Gberevbie
“All recommended candidates are expected to be sworn-in after approval by the President, Muhammadu Buhari, GCFR and their respective State Governors and confirmation by the National Assembly and the respective State House of Assemblies,” the statement explained.