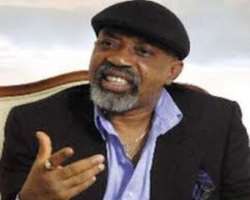 President Muhammadu Buhari has rejoiced with Minister of Labour and Employment, Dr Chris Ngige, as he turns 68 on Aug. 8.

Buhari made his feelings known in a statement by his Special Adviser on Media and Publicity, Mr Femi Adesina, in Abuja on Friday.

The statement said the president joined the medical community, labour fraternity, the legislature where the celebrator served as Senator, and people of Anambra whom he served as governor, to salute Ngige for his meritorious stewardship to the community, state, country and humanity.

He wished him improved health, strength and sound mind.

President Buhari wished the minister well in all his endeavours as he continued to serve as conciliator-general between government and organised labour.(NAN)