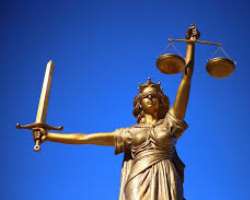 99 people were arraigned at magistrate courts in Osogbo today for violating the COVID-19 laws in the state as they did not use nose cover.

Out of the 99, accused persons, 98 of them were sentenced while the remaining one person was remanded.

The prosecutor, M R Faremi explained that they committed the offense today, Monday, 3rd of August, 2020.

The prosecutor said that they did not following state guideline on COVID-19 pandemic.

Faremi told the court that their offense was contrary to and punishable under Section 249(d)(3) of the Criminal Code Cap 34 vol. II Laws of Osun State Nigeria 2002.

They pleaded guilty to the charge leveled against them but one of them, Awotunde Omotola pleaded not guilty.

The Magistrate, Modupe Awodele convicted and sentenced some of them to 3 days Community Service.

Another Magistrate, Ishola Omisade also convicted and sentenced others to 3 days Community Service.

However, some of them, including a pregnant woman were given option of fine of 2,000.

The accused person that pleaded not guilty was remanded in Police custody till 5th of August, 2020.