Dear Governor Sanwo-Olu, please do not tell us to calm down 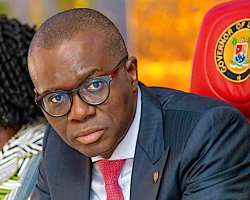 The viral video that showed how a boy skilfully delayed spanking by his mother by appealing to his mother’s emotion and repeatedly telling his mother to “calm down and relax” has surprisingly caught the fancy of Governor Babajide Sanwo-Olu of Lagos State. In his Sallah message, he appealed to Lagosians to calm down in the manner of the boy in that viral video said. Should we really be calm? I doubt if that is the best advice from the governor at this time.

On my way to Lagos from Ibadan on the 23rd of July, I decided to take the Ijebu-Ode through Epe to Ajah route. I knew the road was bad, at least the part that belonged to Ogun State, some part of which are now under repair. From Epe to Ajah, I spent over an hour inside the bus. It wasn’t because Epe to Ajah is far but because the road is not good. The previous administration tried very much on the Lekki-Epe expressway, including removing the roundabout at Ikate, Jakande Second Gate, Igbo-Efon and Chevron thereby reducing traffic congestion on that particular road. Governor Ambode also ensured the construction of a flyover bridge at Ajah to ease the flow of traffic.

Having been away from Lagos for over a year, I had thought Governor Sanwo-Olu would have resumed from where his predecessor stopped. But he hasn’t. The remainder of the Lekki-Epe expressway from Ajah to Epe needs urgent repair. It is enough that the road is now wide enough after Ajah. But if it is in a good shape, the hardship that Lagosians face on the road would reduce considerably. Since the Lekki-Ajah-Epe axis is not opened up yet, at least our condition shouldn’t be worsened by roads that I believe the state government has the resources to fix.

Unfortunately, Lekki-Epe expressway is not the only road that needs repair in Lagos. I was listening to a road show last weekend and Lagosians were asked to call in to the show. Most of the callers bemoaned the state of roads in their area. By my analysis, these were about 70 per cent of the caller. Under Governor Ambode, our complaint was that Lagos was dirty as the Cleaner Lagos guys are not as effective as those that were before them under the Lagos State Waste Management Authority, LAWMA. Now, the complaint has shifted from Lagos being dirty to the state now having bad roads. We need actions from the state. The citizens’ tax should be put to good use.

Apart from bad roads plaguing Lagos, another issue is the partial closure of the Third Mainland. We know Lagos is long overdue for Fourth Mainland Bridge that would connect Ajah-Epe axis to the mainland through Ikorodu. But that doesn’t look like it would come anytime soon. Besides, we can’t possibly ask the government to start breaking up Lagos so as to install rail to reduce the number of vehicles on Lagos roads. Many of the places the railway would have passed now have magnificent buildings. Third Mainland Bridge is one of the three bridges that connect Lagos Mainland to Lagos Island, the other two being Carter Bridge and Eko Bridge. Third Mainland Bridge is the longest of the three and from my observation, the busiest.

Why the government would choose a time like this to carry out maintenance check on the bridge is what I don’t understand. For over two months, Lagos was under lockdown. During the lockdown, there were few cars on Lagos roads as many people stayed at home. The government should have chosen that time to start the repair. I don’t want to believe the government saw the need to repair the road at the advent of Covid-19 pandemic. If the repair had started since when the lockdown was very active, the repair would be completed at least a month or two earlier than the proposed January 2021 completion date. Now that Lagos is gradually alive and many businesses are beginning to round off their resuscitation processes, then the State was hit by partial closure of the Third Mainland Bridge.

One of the roads marked as an alternative route from the mainland to the island is through the Eko Bridge. Somehow, the state government in its wisdom thought it best to also carry out some repairs on that bridge. That affected the smooth flow of traffic on that bridge. The government could have carried out the repair on Eko Bridge before the partial closure of Third Mainland Bridge. Why the Lagos State Government chose a time like this to fix a major alternative route is beyond me. The government should have known better and improve on how some of these things work. It doesn’t account for much wisdom to have two major bridges in Lagos undergoing varying degree of repair at the same time.

Contrary to the government’s word that only 25 per cent of Lagosians would be affected by the partial closure, many Lagosians are currently affected by it. People continue to spend longer than usual in traffic. To make things worse, robbery has increased on the highway. Some guys now attack Lagosians in their cars, break their side mirror and steal anything they could. I was at the bank the other day and a man was complaining to a customer service officer. According to him, his car was attacked around Festac Town. During the attack, which apparently happened in the evening, the windscreen was shattered. Then the wallet containing his ATM cards and other things was stolen. Luckily for him, the money in his account was still intact as at the time he got the bank that morning. But, his case was just one out of many. Our dear Governor should not tell us to calm down when Lagosians are no longer safe on the highway. Our people need to be protected from harms.

The Governor also needs to be reminded that some state officials are kneeling on Lagosians’ neck, thereby making breathing difficult. Inasmuch as I am not anti-tax agent, I believe that some taxes in Lagos are not welcomed by the citizens. One of such is the reported case of a LCDA in Amuwo-Odofin proposing to charge mobile bank operators N600 per week. That means N2, 400 per month. I am glad that many of the operators resisted the LCDA officials whose exact intent is yet to be known. Our dear Governor needs not be reminded that some of these unwarranted taxes and charges on people don’t get to the government on behalf of which they are collected.

With all these issues in mind, we need actions from the state governor. Lagos roads should be fixed and other infrastructure should be provided. Lagosians need to see what the money they are coughing out is being used for. Perhaps the governor is oblivious that we are calm already. And as Lagosians, we love peace. The governor need not tell us to calm down when it was obvious the government has defaulted in the area of management.

Lagos is fast becoming a lawless state. The governor should not wait for anarchy to become the rule in Lagos. He should wake up now before Lagos completely disintegrates under him. We can’t afford to have a Lagos that is breaking apart like what we now see at the federal level where corruption reign supreme and ministers no longer have respect for federal lawmakers and so on. Lagos could do better than this. And I will suggest the governor gets back on track before he loses all credibility.

I agree that the governor was impressive with the way he handled Covid-19 pandemic in the state. His approach was smart and laudable. As they say, he deserves some accolades. Perhaps he is still overwhelmed with the whole pandemic thing. After all, we were all overwhelmed too. But now, he needs to wake up and stop being complacent about his achievement in handling the pandemic. Lagos is gradually tilting towards a position where it will no longer work. The governor and his team need to act fast and salvage the situation before everything spiral out of control.