Reopening of schools and the continuous decline of Education in Nigeria 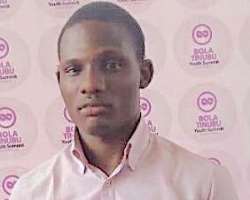 Now that those at the helm of affairs, as it pertains to education, have lofted the lid, so as to enable our final year students, (SSCE) to be precise enrol and write their exams, there is the urgent need to analyse the odds if it favors the students, as well as the country as a whole.

The image below states the resumption process of schools in Nigeria Few hours after the news, the JAMB PRO Mr Fabian, was already granting interviews to 99.3 Nigeria info, on the Hard-Facts as well as answering some crucial questions, most of which were answered, by him using, "Not within my jurisdiction" as he kept on echoing. It would be no offence if one were to ask what then is the importance of JAMB, if they don't determine which and what students should be admitted into tertiary institutions? Their job according to him then is to set a benchmark for the minimum score for the exam. More questions than answer but we will cross the bridge soon enough.

While speaking, Mr Fabian Benjamin had, said, the major requirement needed to be admitted into the University, our already over filled institutions, and even more sadly, ever on strike, Academic Staff Union of Universities, ASUU, which had kept over millions in limbo about their search for meaning. One major requirement according to the Joint Admission and Matriculation Board JAMB, is the cut off mark or the minimal mark as he said, "We don't call it cut off mark, we call it minimum requirement" while making references to schools who would not budge below 200. So i ask again, what then is the importance of JAMB, if not to remit monies that we cant trace how it has being spent, since time immemorial.

He emphasised on the no Score pattern of universities such as the Harvard, Cambridge and the rest, i don't know if he has forgotten the SATs' and the A" level exams in USA and UK respectively, perhaps he didn't remember you have to score well before being shortlisted for admission in such climates, but he was defenceless against the low minimum score, while we have 160 for Public Universities, 140 for private Universities, 120 for polytechnics, and 100 for Colleges of Education, where even if a student score below 120, out of 400 questions you still have an assurance of being admitted into a school, very sad still.

Unlike the 80s, when the standard was high, however it is very terrible to understand why in the 20s our own is going even backward, backward in the sense that, how do we justify 20% aggregate score which is way below half mark for an admission in a Nigerian school? Well, so you heard it, and that's the sad reality in the forthcoming exams under JAMB.

Therefore do not expect us to compete with our counterpart, especially in this age. One reason i can assume is the trying to make room for a certain region, who perhaps have failed to do the needful, due to the corrupt practices of their leaders.

Now back to the forthcoming examination, the West Africa Examination Council, WAEC, i must start by saying it is unfortunate about how the WAEC have decided to go about this exam this year without considering the safety of the students, but rather the remittance they are after. If countries such as South Korea, Singapore with advanced technological development medically, tried to reopen schools, but shut it down as quickly as possible, due to the increase in the surge, then what wisdom is there in third world countries as ours to open schools, for the sake of an exam, of which majority of the students aren't even prepared for? What justification have the examination board for such decisions, if its different from MONEY, and perhaps bending to pressures from stakeholders.

Moreover it is only a sad reality to remember the percentage decline in reference to examination and scoring good grades using the last session to judge and even two sessions ago, as compared to times before. This assumption is based on the fact that students were prepared, but now when the obvious is vivid what magic would our "Young shall grow perform" if not malpractice of all various forms, then i weep the more for a country in transition. A country i would forever blame on the current crop of leaders we have, how tragic to be a Nigerian at this time.

We are very aware about the fact that, the inception of the known pandemic has put on hold various academic calendars, as well as new intakes who wrote exams last year, now another question is, where and what would happen to the them if newer intakes are allowed, i assume two things would happen, they might be merge together in a poor structural environment, or most students would be given courses they never bargain for, and when you consider the country we are in today, the students search for meaning may just continue after wasting some few more years when it simply could have being saved and recoup for some better times post-COVID, or better time when the odds would likely favor us, even though COVID-19, have come to stay.

The future of Education in Nigeria, as former emphasis and narrations still seem going down the pecking orders as compared to other African countries abreast the rest of the world. It is still unfortunate that while smaller countries are exploring the pathways to battle COVID-19, through their science students across their various tertiary institutions, here there is nothing to write home about, no structures to even aid such research, yet millions are budgeted for the Education sector, it is always a sad thing to remember you are a Nigerian at this time and period.