The Medical Quack Problem. How Far? 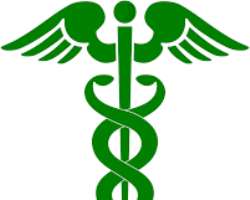 The Chaiman of the Medical Advisory Committee of a Nigerian teaching hospital has again directed the attention of the public to the rot of training auxiliary "nurses" by private hospitals and private doctors.

But in the days when I was so obsessed with this issue, propelling me to write tons of articles on the matter, no one seemed to be listening.

Doctors in private practice use these same classes of quacks to impersonate as doctors introducing them to staff and public as doctors! Mainly because they come cheap. They go a little further by assisting them with with hospital registration when they set up one. As a former secretary of AGPMPN, Ikorodu and inaugural secretary of the state quackery committee of AGPMPN, I did an extensive study of the mess of medical quackery, approached several individuals and bodies but no one appeared to be listening!

My travels imbued with uncommon passion took me to the office of Dr Remi Desalu, a former basic med sciences classmate. He was then a director in the Ministry of health. I continued to harass him even as he became the Permanent Secretary of Health, Lagos State. Perhaps he was moved by the content of my thesis to advise TINUBU into calling for the formation of HEFAMAA.

But such regulatory bodies are often peopled with personnel who school the quacks in ways of skirting around arrests and prosecution! (An inspector once told me that the quacks are freer with their money!)

Alternatively, the quacks put in place phony equipment and personnel just for the inspection and revert to status quo once they leave!

I thought I knew the answers to the problem. Now I don't know".

Qualified nurses and midwives are equally culpable culprits as trainers of quack nurses but hardly do they come out to take responsibility. They talk as if it's just a prerogative of doctors!