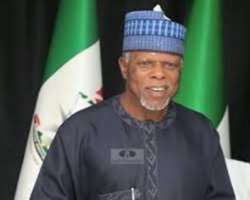 The Acting Customs Area Comptroller, Mr Chedi Wada, told newsmen in Seme on Wednesday that the command made a total 824 interceptions with Duty Paid Value (DPV) of N413.4 million.

Wada said that the command remitted the sum of N22, 477, 920 into the federation account as revenue from January to June.

“The revenue figure were proceeds realised from auction sales of seized perishables items, which is in line with Customs and Excise Management Act provision,” he said.

He said that in spite of government's efforts toward reducing smuggling to a minimal level, some unpatriotic Nigerians had continued in the evil act.

“In continuation of the anti-smuggling drive against the activities of deviant smugglers, the Seme command of NCS recorded gigantic strides between January and June.

“Others are 156 parcels of cannabis sativa, 156 jerrycans of vegetable oil and 7,763 general merchandise items,” he said.

The acting comptroller said that the successes recorded were as a result of designed and implemented strategies since he assumed office.

Wada said the renewed synergy among different components of anti-smuggling unit also assisted the command in countering the activities of smugglers within the command.

He called on the public to cooperate with the service to succeed in its anti-smuggling crusade and refrain from unnecessary hostilities when officers were performing their lawful duties.

He also urged the people to take advantage of the various federal government intervention programmes and key into it for a legitimate means of livelihood.(NAN)