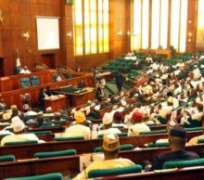 The House of Representatives ad hoc Committee investigating the relocation of petroleum tank farms in residential areas says it will visit farm sites in Port Harcourt, Delta and Lagos State.

He said that the essence of the visit scheduled to begin on Aug. 17, was to to undertake a first-hand assessment of the prevailing situations in the farm sites.

The chairman urged all chief executive officers of the farms to be present and make relevant approval documents available during the exercise.

Earlier, Mr Gomwalk Celestine, Assistant Director, Evaluation and Analysis, Federal Ministry of Environment, said that some tank farms had no permit from the ministry.

“Some tank farms in Delta and Lagos do not have permit from the ministry to site their farms in their current locations.

“In some cases, construction work would have started even before the ministry issues Environmental Impact Assessment,” he said.

Mr Bashir Sadiq, Head, Petroleum Deports and Jetties, Department of Petroleum Resources (DPR), said that there was a minimum fire control requirement before approval could be given to tank farms.

According to him, the law establishing the DPR does not require that the ministry of environment should be consulted before approvals are given.

He said the DPR was acting on the platform of the powers bestowed on it by the Petroleum Act, saying, “all that we have done is in consonance with the law.

“The Petroleum Act predates the establishment of the Federal Ministry of Environment and when it was established, the DPR Act was not changed to create a role for the ministry in the oil sector.(NAN)