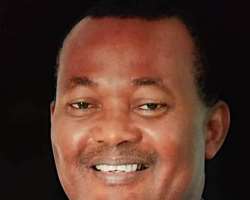 AIG Mbu J. Mbu, is a prominent son of Cross River State who has been touched by the maladministration of Gov. Ayade. He is concerned about the dwindling fortune of the State in extrapolation of endless bogus promises of the Ayade led government. It is incumbent upon him to speak out because in the words of Edmund Burke “Evil flourishes when good men do nothing"

By 2012, according to another research work, "An Assessment of the Employment Structure in the Tourism Industry of Obudu Mountain Resort" (No. 1 Vol 9, 2012), which gave a breakdown of the occupational distribution in the ranch, there were 52 staff in the food and beverage department, 10 receptionists, 102 security personnel, 4 tour guards, 20 managers, 10 labourers, 8 waiters, 2 chefs, 12 laundry staff, 28 house keepers, 8 gardeners, and 12 accountants, totalling 268 staff.

The research work also found that conditions that attracted visitors to the ranch include climate/weather, scenery, availability of facilities and popularity of resort. That was when the ranch resort was still managed by trusted global brands that could draw patronage both locally and from across international borders.

This resort has now been relegated to a government reserved guest house meant for state government officials to retire to anytime they want to relax. They gather themselves and their friends, families and acquaintances to the ranch to sleep and enjoy without paying and return to Calabar whenever they like. Facilities and hospitality at the ranch are at all time low and government's intervention and take over of the ranch from private managers has almost killed the resort.

The N45million was paid as compensation for the land that Ayade's government has acquired to build what the governor calls a " World Class Resort And Tourism Consort" in Obanlikwu LGA. Busafong Community forfeited 44,000 hectares of land for N20million while Amunga forfeited 77,000 hectares of their land for N25million.

But what is curious to yours sincerely here is the well known fact that the same Obanliku LGA is home to the famous Obudu International Ranch Resort, located only a few kilometers away from the 121,000 hectares of land now acquired for the construction of another resort by governor Ayade; when the existing resort which this same governor emasculated can be resuscitated and brought back to its peak patronage.

And those who killed that beautiful, natural resort are now talking about acquiring land to build another resort just a few kilometers away from the existing one. Just like Governor Ayade is hallucinating about another airport in Obudu when he has failed to make the air strip on the ranch in the same Obanliku LGA functional. Apparently, he is dramatising another deceit to the people of Obanliku and by extension, Cross Riverians, that he wants to build a resort.

What is wrong with continuity in this government? Does Governor Ayade think that he is a monarch who will spend all his life on the throne? How does it make him feel with all the endless promises of projects whenever he is in the public? Can Gov. Ayade stop public appearances if he can not stop bogus promising?