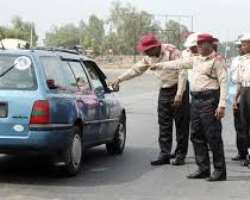 The Federal Road Safety Corps (FRSC), Niger State Sector Command, says it will deploy no fewer than 1, 010 personnel including drones for traffic control during the 2020 Eid-el-Kabir festivities.

Mr Joel Dagwa, FRSC Sector Commander in the state made the disclosure in an interview with the News Agency of Nigeria (NAN) on Tuesday in Minna.

Dagwa said that the command would deploy additional patrol vehicles, three ambulances, a tow truck and power bike for road surveillance during the celebrations.

He explained that the operations would be aligned with the ongoing Coronavirus disease (COVID-19) containment operations in the state.

” We have since embarked on aggressive patrols at Mokwa, Magama, Rafi, Suleja and Paikoro Local Government Areas that share borders with FCT, Kaduna, Kebbi, Kogi and Kwara states.

“We will ensure that only qualified and duly certified drivers and vehicles ply highways during and after the festivities,” Dagwa said.

The sector commander called on motorists in the state to desist from breaching traffic laws such as speed limit, wrongful and dangerous overtaking, overloading, driving under the influence of alcohol and night journeys to avoid road crashes during and after the Sallah festivities. (NAN)