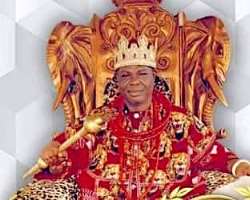 1. Following a series of petitions against the Traditional Ruler of Ukwulu in Njikoka Local Government Area from many people in Ukwulu and elsewhere who want to forestall an impending huge crisis in the community, the Anambra State Government has decided to suspend Chief Peter Uyanwa as the Igwe of Ukwulu for one year with effect from Friday, July 24, 2020, in the first instance. His Certificate of Recognition as Igwe is also withdrawn with immediate effect. Consequently, Chief Uyanwa can no longer function as Chairman of the Traditional Rulers Council, Anambra Central Zone.

2. These actions have been taken in the public interest.

3. The appropriate security agencies have been notified.