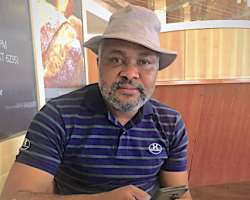 Southern Kaduna is uniquely beautiful. The topography and geography are serene, pristine and virtually out of this world. Nature blessed these amazing places known as Southern Kaduna State.

From Kagoro to Manchok, and from Kafanchan to Kwoi Jaba are homes to some of the richest natural resources such as precious stones just as the soil is so fertile and green that practically farmers are busy all through the year.

If you live in Southern Kaduna State you would even think you are actually not in the North whereby most places are ravaged by harsh weather and deforestation.

The vegetation of Southern Kaduna State can be rated as some of the most wonderful endowments of mother nature.

There is hardly any time you do not find butterflies beautifying the environment unlike most other parts of the Country.

On records , the place is a home to what geologists say are over 30 minerals with over fifty percent of these minerals categorized as mineable.

Some of metallic minerals found include; cassiterite ( ore of tin ) , Iron ore, rutile, fantalite, Columbite . They are found in areas located along the plateau geographical axis of the younger granite.

These and many other geological factual accounts are richly recorded in a lot of scholarly articles published in globally rated academic journals.

Historically, southern Kaduna is home to a rich collective of ethnicities who are indigenous and native to those communities.

These native people are mostly Christians just as due to the rich culture of hospitality, southern Kaduna has become a potpourri of diverse ethno-religious collectives who have made those towns such as Kafanchan, Zonkwa , Kachia , kwoi, kajuru, Zikpak, Angwa Bajju as their homes .

The native people are also great lovers of education with almost all the families boasting of numerous first class University graduates.

Sadly, southern Kaduna has had a terrible share of ethno-religious crises leading to mass killings and widespread destructions of much of the homes . The majority of the aggressors are armed Fulani herdsmen.

Make no mistake about it, Fulani ethnicity has had some skeletal attacks with losses of precious lives of their members also.

As someone who grew up in southern Kaduna, I can not exactly pinpoint the reason for those frequent clashes that have led to a permanent state of unrest between the Muslims who are in high number as residents in Kafanchan and the millions of native people of southern Kaduna origin who profess Christianity.

As I write, Kafanchan is divided into two parts of Moslems and Christian townships similar to Apartheid era South Africa.

This was once a boisterous town unified and was a cynosure of all eyes due to the convivial atmospheric of those good old days when the Nigerian Railways' regional office was in Kafanchan with a lot of people gainfully employed.

However, one thing is clear, there is the unseen hand of some powerful political forces stoking the embers of permanent violence for whatever reasons. These powerful forces are often deeply rooted in government of Kaduna and the central government.

I want to believe that some powerful forces may be sponsoring those killings apparently to take control of the rich resources of these locals who have over the past many years played host and still play host to a lot of people who have settled amongst them.

There is however a sinister dimension to the currently renewed killings that have seen hundreds of kids, women and the aged slaughtered by invading marauders suspected to be armed Fulani.

I say this because the ferocity and the dimension of the killings have pointed directly to a well coordinated genocide targeted at wiping off the local people for whatever reason.

Sadly, both the Kaduna state government headed by a Fulani Moslem Governor and a Moslem deputy Governor with Moslem speaker and the President of Nigeria who is a Fulani, do not care about these killings.

Then there is this wicked silence from all across Nigeria about this killings as if the rest of the country are under one form of a spell not to say something even in the face of cocktails of genocides playing out in our very before.

It is as if the rest of Nigeria have come to accept mass killings as the new normal .

But how can humanity be silent in the face of large scale evil of genocide? How did we come to devalue the sanctity of human life to an extent that genocides go on and we are witnesses and yet the mass murderers are having a field day with the governments at all levels behaving like the official sponsors of these genocides. Or is there something some of us are not aware of?

How come communities in plateau, Benue and now southern Kaduna were attacked and massive killings took place worst than what the Rehingya Moslems of Burma are going through in the hands of their central government, but the world had not taken notice in the same way that Gambia was sponsored to approach the international court of justice in The Hague against the government of Burma?

My worry is that the killings in southern Kaduna State matches the exact description of genocide but yet the rest of Nigeria and the world are not in anyway perturbed.

Where then lies our conscience?
Is the United Nations keeping quiet because the Deputy Secretary General and the President of the General assembly are all Fulani of Nigerian extraction and so do not want to drag their brothers to the global forum?

How come no country has decided to drag the Kaduna state Governor and President Muhammadu Buhari before the International Court of Justice in The Hague NETHERLANDS since the international criminal court also in The Hague NETHERLANDS is compromised ethically going by the frequent nocturnal visits of the President of ICC Chile Eboe to President Muhammadu Buhari? How come the CNN , Aljazeera , BBC have failed to report the cocktails of genocides in Nigeria ? Or is it because the genocides that the Federal Government unleashed on the then Biafran Republic now defunct, was overlooked by all and the killings of over 3 million people in the worst forms of war crimes, forgotten by all across and the rest of the World? Is the Genocides going on now in Nigeria about to receive same kind of treatment of being overlooked like that of Nigerian federal forces against the defunct Biafra Republic that lasted for three years between 1967 to 1970?

Here below are what writers say is genocide so we know that what is taking place in our very face is genocide in southern Kaduna. But first let us understudy who the Rohingya Moslems are so we contextualize their situation with what obtains now in Southern Kaduna State.

The British Broadcasting corporation formulates the probing question of Who are the Rohingya? And then responded thus: "Described by UN Secretary-General Antonio Guterres as "one of, if not the, most discriminated people in the world", the Rohingya are one of Myanmar's many ethnic minorities.

The Rohingya, who numbered around one million in Myanmar at the start of 2017, are one of the many ethnic minorities in the country. Rohingya Muslims represent the largest percentage of Muslims in Myanmar, with the majority living in Rakhine state.

They have their own language and culture and say they are descendants of Arab traders and other groups who have been in the region for generations.

But the government of Myanmar, a predominantly Buddhist country, denies the Rohingya citizenship and even excluded them from the 2014 census, refusing to recognise them as a people.

It sees them as illegal immigrants from Bangladesh.

Since the 1970s, Rohingya have migrated across the region in significant numbers. Estimates of their numbers are often much higher than official figures.

In the last few years, before the latest crisis, thousands of Rohingya made perilous journeys out of Myanmar to escape communal violence or alleged abuses by the security forces. These situations of Rehingya Moslems are exactly how the Kaduna State government and the current Administration are treating the people of Southern Kaduna State by failing to stop the genocides and punish the killers. The Southern Kaduna State's scenario is genocide.

Genocide is understood by most to be the gravest crime against humanity it is possible to commit.

It is the mass extermination of a whole group of people, an attempt to wipe them out of existence.

But at the heart of this simple idea is a complicated tangle of legal definitions.

So what is genocide and when can that term be applied?

UN definition says the term was coined in 1943 by the Jewish-Polish lawyer Raphael Lemkin who combined the Greek word "genos" (race or tribe) with the Latin word "cide" (to kill).

After witnessing the horrors of the Holocaust, in which every member of his family except his brother was killed, Dr Lemkin campaigned to have genocide recognised as a crime under international law.

His efforts gave way to the adoption of the UN Convention on Genocide in December 1948, which came into effect in January 1951.

Article Two of the convention defines genocide as "any of the following acts committed with the intent to destroy, in whole or in part, a national, ethnic, racial or religious group, as such":

Imposing measures intended to prevent births within the group

Forcibly transferring children of the group to another group

The convention also imposes a general duty on states that are signatories to "prevent and to punish" genocide.

Since its adoption, the UN treaty has come under fire from different sides, mostly by people frustrated with the difficulty of applying it to specific cases.( www.bbc.com ).

This article is to call on the World leaders and Nigerian Leaders to wake up and stop the genocides going on in Southern Kaduna State and much of Nigeria. This position paper is to appeal to docile Nigerian masses to wake up and smell the coffee. Injustice and genocide on one or more ethnicities is an injury to all.