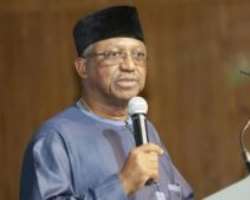 Stakeholders at a Media Training for Journalists in Keffi, Nasarawa State, on Sunday called for collective efforts in promoting women's sexual and reproductive health due to rising sexual violence in the country.

The ongoing three-day workshop on women's sexual and reproductive health, organised by IPAS, an international NGO, is also aimed at studying the Global Gag Rule (GGR), and its implications and consequences on the health of the Nigerian woman.

The News Agency of Nigeria (NAN) reports that the GGR is a U.S. policy that prevents NGOs that receive American global health funds from using such monies to provide abortion services and counselling or referrals regarding abortion.

The policy also prohibits such organisations from advocating for abortion law reforms in their country or conduct public campaigns on abortion access, but does not however, prohibit counselling or referrals in the cases of rape, incest or life endangerment; and does not apply to humanitarian funding.

The stakeholders expressed worry that the lives of millions of Nigerian women, who would want to avoid pregnancy, but lacked access to modern contraception, were at risk.

Delivering a paper on GGR and its impact on women's sexual health, Dr Abiola Afolabi, of the Women Advocates Research and Documentation Centre (WARDC), said it was limiting women from legally accessing abortion, further taking away their right to make informed choices about their future.

Afolabi said it was time to apply creativity in dealing with the issue of sexual violence.

She called for concerted efforts in addressing the issue by opposing the GGR, holding government accountable to increase the country's health budget, and making available information on the implication of failure to address the issue, as well as support decriminalisation of abortion.

In a paper entitled “Burden of Maternal Deaths from Unsafe Abortion in Nigeria'', the Country Director of Ipas (Nigeria), Mr Lucky Palmer, said every eight minutes, a woman in a developing country was dying of complications from unsafe abortion.

Palmer said these figures were only from those who sought medical help from hospitals, adding that an estimated 212,000 women were treated in health facilities for complications from induced abortion.

“In addition, an estimated 285,000 women had complications from unsafe abortion serious enough to require treatment in health facilities, but did not obtain the care they needed,'' the Ipas representative in Nigeria said.

According to him, these figures suggest that unsafe abortion has become a major contributor to the country's high levels of maternal death, ill health and disability.

He therefore, said all hands must be on deck to ensure that every woman was given an opportunity to live by making exceptions to the GGR and the provision of safe maternal healthcare.(NAN)