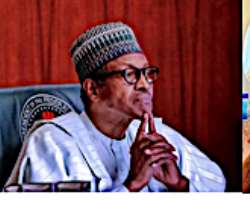 With each revelation, my mind would go to Mc Edo Pikin, the talented and creative comedian who has popularized skits that compare absurd topics and situations. I imagined Mc Edo Pikin working on the difference between Hushpuppi and what we shall call Hushpoliticians—the tribe of political and public officers who have mortgaged the estate called Nigeria. He did not do that. But he did not disappoint when he released the “Difference between NDDC and NCDC.” Nigeria is a nest of political Hushpuppies—from Dino Melaye, an ally of Hushpuppi, to Ayo Fayose, Orji Uzor Kalu and Theodore Orji, to Rochas Okorocha, the list is endless.

Abike Dabiri-Erewa, the Director-General and CEO of the Nigerians in Diaspora Commission was right when she said—in response to the Hushpuppi affair—that the actions of Ramoni Olorunwa Abbas do not reflect who we are as a people. If in defence of our national pride we can afford to “deny” Mr. Abbas, I wonder what Abike Dabiri-Erewa makes of the putrid news of corruption by our Hushpoliticians oozing from every national orifice in the last one month. As a friend remarked when I used the term Hushpoliticians in a WhatsApp group recently, “When you think about it, Hushpuppi is better than these politicians. He is stealing other people’s money while our politicians are robbing our patrimony.”

Of course, there is nothing new about the activities of Hushpuppi and his clan, which includes the likes of Obinwanne George Okeke, aka Invictus Obi, and Olalekan Jacob Ponle, aka Woodberry. The rise of Hushpuppi and others like him must be viewed within the context of the new mode of expropriation and accumulation under capitalism. I am sure there are many young people in Nigeria who want to live the Hushpuppi dream; millions who may never have the benefit of education and opportunity to get a job no matter how hard they try; millions who are daily incubating new schemes while mired in the pain created by Hushpoliticians. Those who do not advance to become Hushpuppi will pray their way to becoming sidekicks and thugs of politicians and ultimately grow into Hushpoliticians.

But this piece is not about Hushpuppi—the young man whose ambition was to own a few commercial motorcycles and marry the daughter of a small-town restaurateur—who has managed to build global notoriety and a rap sheet as long as the Sheikh Zayed Road in Dubai, UAE. There will be another opportunity to explore the different dimensions of the Hushpuppi phenomenon. Just to say that Nigerian Hushpoliticians are enablers of Hushpuppi and company; the Hushpolitician is the father of Hushpuppi.

Stealing from Nigerians has been a favourite pastime of our Hushpoliticians since independence. But it does appear it has been given some veneer of legality in the last two decades. Let us use Mr. Godswill Akpabio, Nigeria’s Minister of Niger Delta, as a case study. Information available on Wikipedia.org notes that Akpabio has held political office since 2002 when he was appointed Commissioner for Petroleum and Natural Resources in Akwa Ibom State. Between 2002 and 2006, he served as a Commissioner in three key ministries: Petroleum and Natural Resources, Local Government and Chieftaincy Affairs, as well as Lands and Housing. He served as governor of the oil-rich state from 2007 to 2015 and senator from 2015 to 2019 when he was appointed a minister after his “uncommon defection” from the opposition People’s Democratic Party (PDP) to the ruling All Progressives Congress (APC).

Of course, there is nothing progressive about Akpabio and his APC. After leaving office in 2015, Akpabio was the subject of investigation by the Counterterrorism and General Investigation Section of the Economic and Financial Crimes Commission (EFCC) over allegations that he misappropriated more than N100bn. The allegations against Akpabio border on the award of bogus contracts to cronies who used the proceeds to buy several properties in Lagos and Abuja.

Three years ago, Mr. Akpabio and his colleagues in the “Former Governors Club” incurred the wrath of Nigerians when their allowances and other perquisites of office became public. In January 2017, a report in Vanguard newspaper noted that 47 former governors from 21 states in the country, drew as much as N37.4 billion from the public treasury. At the time of the report, there were 21 serving senators receiving pensions from government as ex-governors and deputy governors. There were also ministers receiving pensions as ex-governors.

As they prepared to leave office in May 2015, many of these Hushpoliticians hurriedly signed or amended existing lawsto give themselves fantastic lifetime “retirement benefits.” This was the subject of a 2017 essay and later the title of a pamphlet—The Politics of State Robbery in Nigeria—published in 2018. I shall quote extensively from that essay to underscore the depth of the current crisis.

Akpabio stood out in this official sleaze. While leaving office as governor of Akwa Ibom State, he passed the Governorsand Deputy Governors Pension Law which entitles a former governor and spouse in the state up to N100 million ayear, and a former deputy governor and spouse up to N30 million, for medical treatment. Of course, this is pocket money for Akpabio because he will be paid that money whether he and his wife receive medical treatment or not. With this allowance, there was no incentive for Akpabio to worry about the health infrastructure in his state if he could rob the state to take care of himselfand his family indefinitely.

The Lagos State Governor and Deputy Governor Pensions Law of 2007 endorsed by ex-governor Babatunde Fashola,now Minister of Works and Housing, is even more lucrative. It provides that a former governor is entitled to six newvehicles (three cars, two back-up cars and one pilot car) every three years and a house in Lagos and another in Abuja, thecountry’s most expensive housing markets. His deputy gets five vehicles every three years. They and their family members—you only need to invoke the governor’s name to qualify as a family member—are entitled to unlimited free medicalservices. Their pension will be the equivalent of 100% of annual basic salaries of the incumbent governor and deputy. There is a furniture allowance for these former “excellencies” that comes to 300% of their annual basic salaryevery two years.

We can go on and on. There is no name for this other than robbery. That it is sanctioned by the state makes it noless grievous than armed robbery. I made these arguments three years ago. Since then, nothing has changed—the situation has gotten worse—except the fact that Akpabio has moved from the PDP to the APC. Of course, state robbery—or what the late Afrobeat legend, Fela Anikulapo-Kuti called Authority Stealing—has no party affiliation. Thisrobbery unites our political elite, no matter their party, religious or ethnic affiliations. Once they are in power, they use theinstrumentality of the state to rob their people and the country at will, while using laws to cover their crimes.

This is the scenario currently playing out with the corruption scandal at the NDDC. As Minister of Niger Delta, Mr. Akpabio has been accused of sundry acts of corruption by a former acting Managing Director of the NDDC, Joi Nunieh. Mr. Akpabio’s only defence for now is that Joi Nunieh had been married four times. You would think Mr. Akpabio works at a marriage registry not the Ministry of Niger Delta. Meanwhile, the man who ought to sanction Mr. Akpabio and rein in the banditry at the NDDC led by the fainthearted Prof Kemebradikumo Daniel Pondei has gone AWOL. Of course, this Daniel is not likely to come to judgement.

While we criticize Mr. Akpabio, Prof Pondei, and others for their malfeasance, we should not lose sight of the bigger problem: the issue of restructuring Nigeria, as well as the current leadership void in the country. We also have Mr. Akpabio to thank for his uncommon insight on why the problem of corruption in the NDDC—and indeed across the country—persists. In an interview with Arise TV, he said the president was not aware of the situation. That is the gut-wrenching reality. We are saddled with an absentee president. No matter how hard Femi Adesina and Garba Shehu, the president’s myrmidons, try to spin it, Nigeria is a ship without a captain.

To think we must endure another three years of Buhari’s House of Commotion.

Did I hear someone say #RevolutionNow!
Onumah’s latest work, When is a Nation: Remaking Nigeria at 60 is due October 1, 2020. He can be reached via [email protected] or @conumah