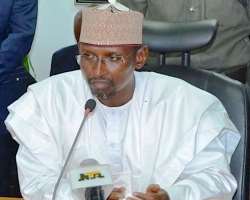 A Statement issued By the Prominent Civil rights Advocacy Group; Human rights Writers Association of Nigeria (HURIWA) on The Flagrant Violations of Abuja Master Plan by the Current Administration of the Federal Capital Territory led by Mohammed Bello.

Historically, Abuja City became the new Federal capital of Nigeria on the 5th of February, 1976 under the military government headed by the late General Murtala Muhammed. It came out of the need to create a new federal capital outside the existing capital (Lagos) which had then become almost unmanageable due to the population pressure as well as the associated menaces that accompany it.

Lagos was overwhelmed by terrible traffic congestion, poor drainage, chronic congestion, unbearable ethnic influence and dominion over land matters. The background work on Abuja Master Plan was awarded in 1976, completed in 1978 by an International Consortium of Planners, Urban Designers and Architects based in Virginia, USA – International Planning Associates (IPA).

The development commenced in earnest. The city lies between latitude 8.25 and 9.20 North of the equator and longitude 6.45 and 7.39 East of the Greenwich meridian. It is strategically located within the centre of Nigeria without a major tribal ownership.

The Federal Capital Territory which was carved out of four other states of Nigeria namely; Kaduna, Plateau, Kwara, and Benue states has a landmass of about 8,000 sq. km out of which the city itself occupies about 250 sq. km (Abuja master plan, 1978).

In December, 1991, Abuja officially replaced Lagos as the capital and the seat of the Federal Government of Nigeria after 15 years of design and construction. The Abuja city Master-plan was developed over four years by a team of urban designers.

We need not belabour you with the historical perspective of Abuja but to expose ongoing violations of the master Plan which has remarkably attracted lots of attention or criticism abound due to lack of professional personnel to understand the philosophy of a Master Plan and the need for detailed planning and design to be carried out before the Master Plan could be transformed into construction activities in any part of the City.

THE ISSUE:
In the process of establishing a new capital at Abuja, a Master Plan was put in place however, the Master Plan was abused. The abused Master Plan resulted in Abuja urbanization, environmental development disarray, slums and housing inadequacy.

Nasir El-Rufai did his bit by trying to restore the master plan of Abuja but it has come to our notice that there is an ongoing violations of the masterplan of Abuja under the current Minister of the FCT Mohammed Bello who has no plan whatsoever other than to allegedly enrich his friends and allies by trading on Abuja land purportedly. Abuja lands are now reportedly been graded off for political patronage and the Environmental impact of these gross deviations from.the esteemed master plan by the current administration have started manifesting in a huge scale in such a way that the forecasted climate change could be a child's play if the 'governor' of Abuja who is the President of the Federal Republic of Nigeria and if the parliamentary forum for FCT which is the National Assembly fail to take concrete and verifiable steps to push back these unprecedented abuses of the Abuja master plan by the FCT administration at the moment.

Although on assumption of office on November 11, 2015, as the Minister of the Federal Capital Territory (FCT) for his first tenure, Mallam Muhammad Musa Bello who received Presidential mandate to confront a myriad of challenges among which included near collapse of infrastructure and utilities arising from severe over stretching, increase in the territory’s population, lack of maintenance culture and bastardisation of the Abuja Master Plan, did nothing worth pointing to as an achievement, but was careful not to do anything that would bring him disrepute.

Presently, this his second tenure is something different in the sense that the basterdization of the Abuja master plan currently going on under his administration is more brazen than those done by previous administrations.

According to observers, with the way he is going people are beginning to ask if there is still a reference master plan for the development of the Abuja.

A most noticeable development is that most areas in the city reserved as green area have been allegedly allocated to land SPECULATORS and consequently developed under the watch of Mohammed Bello and his director of development control; Muktar Galadima together with his cabal in the FCT administration. There is currently a LANDS BAZAAR IN THE FCT ADMINISTRATION so alleged observers with considerable knowledge of the political governance of the FCT.

Again, Katampe, a developing phase 2 district of Abuja city is another reference Point. The layout, which was designed as a low-density residential area in the FCT because it was meant to be developed as a diplomatic zone, serves as one of the highest points in the capital and the geographic midpoint of the nation.

Perhaps, due to the fact that the neighborhood boasts of good infrastructure, in parts, including electricity, roads and landscaping and most amenities are only but a short distance, a plot in that axis of Abuja goes for as much as N500 million depending on size and location.

The original layout for this area was done over 20 years ago, but in recent times the FCT Minister have been allegedly signing out fresh allocation on green areas, places marked out for recreational activities and even hilly landscape.

Due to the high incentive, it is our belief that and estimated of over 500 new plots of land have been signed out by Mohammed Bello in Katampe extension alone. WE URGE PRESIDENT MUHAMMADU BUHARI AND THE LEASERSHIP OF THE NATIONAL ASSEMBLY IF THEY ARE NOT DIRECT BENEFICIARIES TO SET UP A JUDICIAL REVIEW COMMISSIOJ INTO THE STATUS OF THE ABUJA MASTER PLAN TO ASCERTAIN THE VERACITY OF OTHERWISE OF THESE GROUNDSWELL OF ALLEGATIONS SENT TO US AS PETITIONS BY INTERESTED STAKEHOLDERS.

OUR POSITION AND DEMANDS
We are constrained to note that the current efforts by the Mohammed Bello-led Ministry of FCT has shown to be a brazen distortion of the Abuja master plan, especially as regards the green areas component of it. It is common knowledge that the development of adequate recreational green areas within the federal capital territory is a key feature of the Abuja master plan.

Going by the strict provisions of the master plan, the city is to be developed in phases on an area of about 250 Square kilometers. The total land area for the phase 1 of the city is about 70706 hectares. Out of this, about 1260 hectares is reserved for green development. This includes open spaces, recreational facilities, parks, gardens, children play grounds, outdoor games, sport centres, national and district/neighbourhood parks.

Others are green stretches along valleys, river-birds, hilly patches and some incidental open spaces. The current state of affairs bears eloquent testimony to the sorry pass Abuja green areas have come to.

Take for instance the pathetic status of kubwa that does not boast of any meaningful recreational facility and/or designated green areas; and tragically it does appear that same fate is about befalling all other satellite towns, even though our legitimate expectation is that the honorable minister would refrain from permitting a repeat of this anomaly.

Under the current administration, the master plan seems to have been so mindlessly violated that what the city can boast of currently as green areas is indeed a mockery of what the international planning Associates (IPA), designers of the capital city envisaged in the master plan and the report they submitted to the federal government in 1979.

To be sure, the brazen conversion of green areas by relevant authorities to commercial and residential purposes in alleged collusion with the Minister; Mohammad Bello, his Director of Development Control; Galadima Muktar together with his cabal in the FCT administration’s unrestrained encroachment and reckless subdivision of land and partitioning of green areas in flagrant breach of the master plan have combined to ridicule the very neighbourhood concept of the master plan, thereby questioning the wisdom in naming Abuja the nation’s capital.

Observably, it is clear that the National Assembly's committees on FCT are pocketed by the FCT Authority. We challenge them to prove us wrong because every residents of Abuja are already feeling the impacts of the political compromise they have reached with the officials of the FCT ADMINISTRATION which is why Abuja now stinks of refuse dumps in all conceivable places and the infrastructural decays are emerging at very speedy rates.

There is therefore the need for the National Assembly to set up a joint investigativeCommittee on the violations of the environmental master plan of FCT by the FCT administration and also for the President to set up a Judicial Commission of Inquiry on the same matter. If the minister is found culpable,he should be fired, arrested and prosecuted. The investigations should be open, transparent and participatory so Abuja people can be allowed to submit and defend their memoranda.

Abuja will grow into a model city if the Abuja urban actors would coordinate and properly execute the Master Plan and the development laws, integrated into a coordinated programme that would take advantage of urban development principles and create the much-needed environment for the inhabitants.

HURIWA notes with considerable sadness and heavy heart that only 24 hours ago, no fewer than 30 persons were feared missing after heavy downpours in Gwagwalada in the Federal Capital Territory (FCT), Abuja. These Nigerians may have died and their offences are that they are law abiding citizens who are governed by persons with no respect for the environmental factors of development. We must arrest this deterioration before Abuja is enveloped by disasters of unprecedented scale.

Several residents were also rendered homeless following the downpours, which started around 3am on Saturday.

Many buildings and houses have been washed away while cars were trapped in various routes within the city.

The Abuja/Lokoja highway has been rendered unmotorable with many heavy duty vehicles and trailers trapped.

The linking bridge over the Gwagwalada river just before the Wazobia motor parks, has been submerged, says credible media reports reaching our desk.

Residents of Gwagwalada said they have not experienced such downpours in a long time.

Reports say the premises of First Bank of Nigeria located close to the expressway were flooded with customers who visited in the morning to make cash withdrawals from the ATM trapped.Some vehicles were also trapped in the area as the flood submerged the settlement.

It was observed that houses located at the River Bank have been taken over by flood as residents fled for safety.

Properties such as mattresses, tables and cooking utensils were seen carried away by the raging flood, says media reports. These are all the consequences of the gross abuses of the Abuja master plan and the ongoing land bonanza at the Federal Ministry of Federal Capital Territory in the current dispensation. Abuja has never seen these types of wanton destruction of Green Areas in over three decades.

Reports from the affected areas of the recent floods say residents watched their belongings floating helplessly while others discussed the floods in hushed voices.

Security agencies are yet to assess the extent of damage as at the time of this report.

However, a source at the Federal Road Safety Corps (FRSC) confirmed the development was receiving attention at the highest level.

The source said one of their vehicles and some personnel have been drafted to the area around the River Bank to keep vigil.