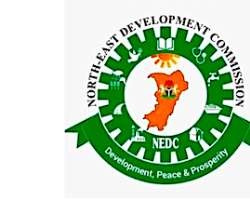 The House of Representatives has resolved to investigate the North-East Development Commission (NEDC) over the alleged disappearance of N100bn released to it by the Federal Government.

The House passed the resolution at the plenary on Thursday.

The resolution was based on a motion moved by the Minority Leader, Ndudi Elumelu, titled: ‘Need to Investigate the Alleged Sleaze and Misappropriation of N100bn at the North East Development Commission’.

Consequently, the House mandated its committees on Finance, Procurement and the NEDC to “exhaustively investigate these allegations and report back in eight weeks.”

Moving the motion, Elumelu said, “The NEDC, which was set up to ameliorate the sufferings of the people, is alleged to be enmeshed in serious corrupt practices by the management.

“The House is concerned that the corrupt practices include highhandedness by the Managing Director, Mohammed Goni Alkali; inflation of contracts, awards of non-existent contracts, massive contract splitting and flagrant disregard for the procurement laws in the award of contracts.”