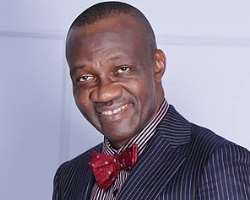 The House of Representatives on Thursday stepped down consideration of its reports on the alleged N40 billion irregular expenditures in the Niger Delta Development Commission investigation.

This followed an observation raised by the Chairman, House Committee on Rules and Business, Rep. Abubakar Fulata (APC-Jigawa), at plenary on Thursday.

Fulata observed that the House Committee on NDDC was yet to submit the report for onward distribution to all members before consideration in line with parliamentary practices.

He moved the consideration be stepped down till when the report had been made available to all the members.

The News Agency of Nigeria reports that the committee held a four-day investigative hearing on the alleged irregular expenditures and laid the report before the House at the plenary.

The committee’s recommendations as laid before the house for consideration are as follows:

(I) that these gross violations should be reported to the Anti-Graft agencies for further investigation, prosecution and recovery;

(ii) Niger Delta Development Commission (NDDC) Management is requested to seek a refund of N19.7 million from Olumuyiwa Bashiru & Co and report back to the House with a proof of compliance latest 45 days from the adoption of this recommendation;

(iii) That the Project Monitoring Department should carry out an appraisal of the extent of work done so far by Clear Point Communications Limited and quantify same in monetary value against the scale of fees in the media industry and pro-rate the payment while the remainder should be refunded;

(iiii) Refer to Anti-Graft Agencies to investigate the contract payments in order to ascertain the level of infractions and prosecute violators accordingly;

(v) That the total sum made (paid) to the Acting Managing Director, the Executive Directors and other Directors of NDDC to attend overseas graduation be refunded and failure to do so, immediately the anti-graft agencies should commence investigation, prosecution and recovery;

These cases should be referred to the anti-graft agency for diligent investigation, prosecution and possible recovery;

(vii) That the court proceedings and the court judgement be made available to the House within 14 days and failure to do so, he should be reported to the anti-graft agencies for further investigation and possible recovery;

(viii) That the advice of the Commission’s in-house estate values should be adhered to in line with the provisions of the NDDC corporate policy and sections 16(1)(b), and 57(4) of the Public Procurement Act, 2007. Any amount standing in excess of 10.5 billion naira should be refunded and the anti-graft agency should immediately investigate the procurement processes for possible prosecution;

(ix) Refer to the Anti-Graft Agencies to investigate the violations of the extant laws, sanction and prosecute culpable officials;

(x) That the NDDC and contractors did not provide proof of contract performance and contract documents; we therefore recommend that the contract and payment made to AHR Global Standard Services be thoroughly investigated by the anti-graft agencies to ascertain value for money and performance as they did not comply with the covid-19 emergency procurement guidelines of the BPP;

(xi) Given that the NDDC did not provide all the requested contractual documents, it is difficult to determine contract performance and value for money. We therefore recommend that these contracts:

(xii) That the matter be referred to the Anti-Graft Agencies to investigate the violations of the extant laws, sanction and prosecute culpable officials and contractors;

(xiii) That these infractions/donations which are outside the mandate and above the approval threshold of NDDC be thoroughly investigated by the Anti-Graft Agencies to ascertain if the states actually received the stated funds (see detail on page 65), and the police the COVID-19 Kits. Also, the management of NDDC should be sanctioned for violating the constitution and other extant laws;

(xiiii) That the NDDC should rationalise the cleaning service companies to not more than 12 (1 per state and 3 for the head office) and a conscious reduction in the total amount spent for cleaning services to reflect the financial mood of the country that call for prudence at all levels. Compliance should be communicated within 60 days from the adoption of this recommendation;

(xv) That the Anti-Graft Agencies should investigate the circumstances leading to the refund of N320million for the reconstruction of the hospital and apply relevant sanctions for culpability in the violation of any extant laws;

(xvi) That based on Sections 12(1) and 12(1)(a) of the NDDC Act 2000 Dr. Cairo Godson Ojuogboh is unqualified and unfit to occupy the Office of Executive Director, Projects of the NDDC and should be discharged forthwith from that position; and

(xvii) recall of all affected employees.
NAN reports that the recommendations would have to be considered by the house and come up with a resolution which will be its position on the NDDC investigations.