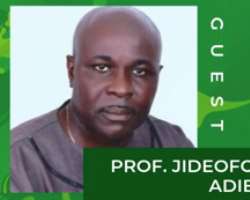 Recent reports about the trajectory of the COVID-19 in Madagascar shows an uptick in the rise of infections and deaths. According to reports, public hospitals in the country are only admitting patients with severe symptoms because the surge in cases has simply overwhelmed the healthcare facilities of the Indian Ocean island nation, which lies approximately 400 kilometres (250 miles) off the coast of East Africa. In fact the region where the capital, Antananarivo, is located has been placed on a temporary lockdown following a spike in new cases. In what may amount to eating the humble pie, the country’s President Andry Rajoelina, 46, who made waves earlier this year with claims that the country’s herbal syrup, known as Covic Organics (CVO), was a potent cure for COVID-19, announced that 1000 ventilators had been donated to hospitals and health centres across the country. He also launched a COVID-19 Processing Centre to “provide appropriate care for people with severe symptoms of COVID-19, such as respiratory distress”

Did President Rajoelina’s initial stance on the COVID-19 and claims that the country had found a cure for it prevent the government from doing what it ought to have done to stem the spike? This is difficult to say because even the countries that imposed lockdowns very early in the COVID-19 crisis have also witnessed spikes in cases once the lockdowns were eased or lifted. According to data from John Hopkins University, the total numbers of cases in Madagascar as of July 21 2020 were 7, 153 confirmed cases; 3,303 active cases; 3,788 recoveries and 62 deaths. This compares with the figures from the same institution for the country as of July 9 2020 where the data showed that the country as at that time had 3, 573 confirmed cases; 1,779 active cases; 1,761 recoveries and only 33 deaths.

Though the confirmed cases and fatalities are relatively low, the fact of the rising incidence (whether from improved testing or from more people getting infected) negates the claim by the country’s President that the country had found a cure for COVID-19 and was being ignored only on racial grounds. In fact, in an interview with some France-based media organizations in May 2020 President Rajoelina posed a rhetorical question to the reporters: “If it were a European country which had discovered this remedy, would there be so many doubts?” He further claimed that the World Health Organisation shut its eyes to the country’s claims of having found a cure for COVID-19 only because “it was discovered by a poor African country.” In what was clearly meant to be an influence operation, President Rajoelina decided to donate the herbal remedy to the 15-members of the sub-regional bloc, the Economic Community of West African States (ECOWAS).

What is rather worrying about the turn of events with Madagascar’s claim of having found a cure for COVID-19 was that by playing the race card the country was able to enlist a number of African public intellectuals and journalists on its side. Now those who chose to soldier for the country on the issue are also forced to eat the humble pie.

In an article in this column on May 14 2020 entitled ‘Madagascar’s COVID-19 Remedy and the challenges of African Traditional Medicine’, I wrote:

“Whether Madagascar’s syrup works or not is beside the point. After all the race for cure for COVID-19 has been trial- and- error across the world, with some drugs and compounds initially touted as possible magic bullets in some Western countries failing in clinical trials. So if COVID-19 fails critical trial, it will not be the end of the world.

“The critical issue is the confidence the country has displayed in defending its herbal syrup – despite knowing that any announcement of a cure would bring it on collision course with several Western nations, the big pharmaceutical companies and their representatives and would also amount to challenging the unconscious but strongly-held ideology that doubts that anything good can ever come out of Africa.”

Now that Madagascar’s claims have been proven by events to be bogus, how will that affect future claims of a cure by Africans, especially given that Madagascar’s COVID-19 remedy was being promoted and marketed by the country’s President and was allegedly developed by the Malagasy Institute of Applied Research (IMRA)? How will the fate of Madagascar’s CVO affect perceptions of any future research breakthroughs by IMRA? And how will this turn of events impact on numerous claims by traditional African medicines?

The sad truth is that what has happened with Madagascar’s CVO happens all the time in Africa where anyone can wake up any day and make bogus claims without any risk of paying some penalties for misleading the public.

In Nigeria one of the most dramatic claims of a cure for viruses or sicknesses that have defied Western orthodox medicine was that of Dr Jeremiah Abalaka, who was then an Enugu based surgeon who claimed to have found a cure for HIV and AIDS in the 1980s and 1990s. Like Madagascar’s Rajoelina he also played the race card on why his ‘cure’ was being ignored by the West. Many of us bought into the race thing at that time and I remember writing a number of articles in some magazines in London such as New African and the defunct West Africa trying to defend him. Though he has continued to maintain his claim, last year one Mohammed Farouk, who claimed to be one of 30 Nigerian soldiers who contracted HIV while serving in ECOMOG and were sent to Dr Abalaka for treatment in 1999-2000 made a video in which he called Dr Abalaka a “a blatant liar and murderer”. In the video Farouk also claimed that he was the only one of the 30 soldiers who survived Dr Abalaka’s treatment and that while the other 29 soldiers died, Dr Abalaka’s ‘cure’ ended up also infecting him with the Hepatitis B virus.

Another high profile African claim that turned out to be spurious was in 2014 when the Egyptian military claimed that its ‘Complete Cure Device’ could use electromagnetism to wipe out HIV virus from any infected person. The claim reportedly prompted some 70,000 people to send emails asking to try the new treatment. The Egyptian military later backtracked after the claim was widely denounced by scientists, including Egypt's own science adviser.

In South Africa, it is generally believed that theories of Peter Duesberg, a German-American molecular biologist and professor of molecular and cell biology at the University of Berkeley, California, USA, prevented South Africa from doing what it could have done much earlier to prevent the scourge of HIV and AIDS in the country in the 1990s and early 2000s. Professor Duesberg was a prominent figure in the so-called AIDS denialism controversy because he maintained that HIV did not cause AIDS. Remarkably President Mbeki, who embraced Dueslberg’s thesis, appointed him on an advisory panel he set up on HIV/AIDS in 2000 and some people believe that the failure of the Mbeki government to provide needed antiretroviral drugs in a timely manner due to the influence of Professor Duelsberg’s AIDS denialism was responsible for hundreds of thousands of preventable AIDS deaths and infections in South Africa.

In addition to the above, there are numerous other bogus cure claims in Africa – from the herbal concoctions that claim to be potent against any known ailments to Pastors and Imams who claim healing powers, including the power to raise the dead. Remarkably when such people frame doubts on their claims as part of the Western schemes to keep Africans and Black people down, they get immediate media soldiers.

While discriminations and scorn of African claims to cures and inventions cannot be completely discounted, it is also time Africans woke up to the reality of the dangers posed by bogus claims, especially those that play the race card. There must be a system in place that no one can make claims of a cure – unless such claims have passed certain set tests and peer-reviews