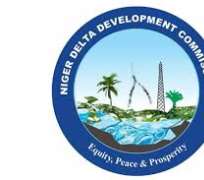 The African Centre for Media and Information Literacy (AFRICMIL) has called for an effective whistleblower regime considering the startling revelations from the ongoing probe of alleged massive corruption at the Niger Delta Development Commission (NDDC).

In a statement by signed by its Coordinator, Chido Onumah, the Centre applauded the forensic audit of the Commission ordered by President Muhammadu Buhari and the ongoing probe by the House of Representatives, noting that the Commission has been mired in corruption since it was created in 2000.

According to AFRICMIL, “The probe is long overdue given the fact that tales of mind-boggling financial fraud have been part of the story of NDDC soon after it was established.” The statement said it was unacceptable that an institution set up and funded by government to fast-track the development of a region that is the source of the country’s major revenue earner had been turned into a conduit pipe for illegitimate wealth by a few individuals.

It expressed regret that nothing of significance showed the presence of a heavily funded development institution in the Niger Delta region. “There’s no remarkable development in the region nor meaningful improvement in the lives of the people courtesy of the presence of NDDC,” Onumah noted. “No serious government, more so one that prioritizes the fight against corruption as a major agenda, will fold its arms with the orchestrated looting of public funds allegedly perpetrated by the officials entrusted with the management of NDDC.”

Riding on the wings of the investigation of the financial records of NDDC, AFRICMIL reiterated its call for the strengthening of whistleblowing as an important tool for exposing corrupt practices in the country. The statement called on the federal government to commit to fighting corruption with the enactment of an effective whistleblowing law that would be enforceable across the country.

According to Onumah, “There is no doubt that if we had a strong whistleblowing law that emphasizes sufficient protection for whistleblowers, there will be more people out there willing to provide additional information on the rot in NDDC to investigators.”

AFRICMIL said it expected a thorough probe, noting that the staggering level of corruption at NDDC and its corresponding negative impact on society must have contributed in no small way to the categorization of Nigeria as the “poverty capital of the world.”