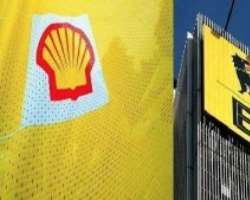 Italian prosecutors have asked for oil majors Eni and Shell to be fined and some of their present and former executives, including Eni CEO Claudio Descalzi, to be jailed in a long-running trial over alleged corruption in Nigeria. In a Milan court, prosecutors asked on Tuesday for eight years in prison for Descalzi and seven years and four months for Shell's former head of upstream Malcolm Brinded.

The prosecutors also asked for Eni and Shell to be fined 900,000 euros ($1.04 million) each and sought to confiscate a total of $1.092 billion from all the defendants in the case, the equivalent of the bribes alleged to have been paid. In one of the oil industry's biggest suspected scandals, Italian prosecutors allege Eni and Shell acquired a Nigerian oilfield in 2011 knowing most of the $1.3 billion purchase price would go to politicians and middlemen in bribes. The companies and individuals accused have all denied wrongdoing in the case.

“U.S. glut fears have become a permanent fixture of the oil market,” said Stephen Brennock of oil broker PVM. “This will remain the case so long as the U.S. oil demand outlook is being undermined by the country's failure to contain the COVID pandemic.” U.S. President Donald Trump said on Tuesday that the outbreak would probably worsen before it got better, comments that marked a shift from his previously robust emphasis on reopening the U.S. economy. Bjornar Tonhaugen, Rystad Energy's head of oil markets, said Trump's comments might be welcomed by investors because they are among the most measured by him or his administration so far.

“This could be a positive for oil demand prospects. Instead of an uncontrolled, disruptive second wave of lockdowns, maybe chances have now increased that the United States will eventually get the spread under control,” Tonhaugen said. However, a fresh dispute between Washington and Beijing put pressure on prices after the United States told the Chinese consulate in Houston to shut and a source said China was considering closing the U.S. consulate in Wuhan. Adding to pressure, there are also signs that Iraq, the second-largest producer in the Organization of the Petroleum Exporting Countries, is still not meeting its target under an OPEC-led pact to cut supplies.