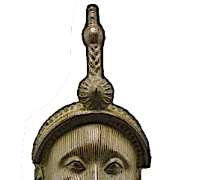 "All truth passes through three stages. First, it is ridiculed. Second, it is violently opposed. Third, it is accepted as being self-evident.

-Arthur Schopenhauer (1788 – 1860)
We have decided to carve out our own NATION STATE out of Nigeria. THE OODUA NATION. We have reached the limit of our endurance with Nigeria. We are tired of being slaves in our own land. Our people do not deserve to be poor. They don't deserve to live in poverty. Their choice is never to live squalor. We did not at any time sign any contract with any group of persons, Nations or countries that we are giving up our rights to self determination. Our promise to ourselves and our people is "Life abundant" as eloquently articulated by Obafemi Awolowo in his philosophy of social contract with the people called AWOISM.

As Mrs. Eleanor Roosevelt once said, “No one can make you a slave without your consent.” Our membership of Nigeria has worked out as slavery and robbed us of the orderly political and social environment in which to employ our God-given capabilities to pursue our development and progress. Our decision, arrived at in utmost humility to the opinions of mankind and with hope in the approval and support of the Creator and Ruler of all nations, is that it is time for us to have a separate, independent and sovereign country of our own in the world. We have resolved to have our OÒDUÀ NATION.

Yes, we are very confident that this will happen. We have no scintilla of doubt that this must happen. We are confident of the support of the heavenly armies that this will happen. We are sure of the the orígun mérìndínllógún ilè Oòduà have lined up for this. All the spirits of our heroes past in Oòduà Land are in support of this. All the spirits of the martyrs of Oòduà Land are line up for this. It is our Àyànmó tí kò gb'óògùn. Yes, it is our manifest DESTINY - OÒDUÀ NATION.

We have no idea of the timeline because it depends on a lot of factors. The Yoruba are very deliberative and circumspective and they never rush to take decisions. They will do whatever they need to do at the appropriate time. But, we want to assure you that it is going to be unstoppable when this occurs. Presently, a lot of things are being put in place. All ramifications are being considered and prepared for. All possible impediments, internally and externally are being considered and prepared for. Majority of Yoruba people are tired of Nigeria. We think we can do better on our own. We believe it is our destiny to be free from Nigeria and nothing will be able to impede the realization of that destiny. Nothing will impede the imminence of OÒDUÀ NATION.

This coming OÒDUÀ NATION is inevitable to say the obvious. No army could stop it. No Airforce could impede its march. No Navy could swim against its tide. No amount of bullion vans could buy it off. No internal enemies would survive it. Yes, internal enemies in their usual perfidious l ways would try, but as usual, they would fail. No amount of external collaborators would succeed again it. OÒDUÀ NATION is an idea which time has come. "Ideas do not create crisis, it is crisis that creates idea," so postulated Fidel Castro. OÒDUÀ NATION IS HERE.

In terms of economic resources, the most important thing is the human resources. We need not the oil, even though we have some. We have a lot of arable land. We will revive our agriculture as a base for industrialization with application of technology. We will create an economy that would be the envy of others and once again set pace for the rest of Africa. But our focus would be on a lot of other things some of which we would rather not talk about right now, for strategic reasons. We would posit that development economists tell us that the reason why a nation tends to make faster progress technologically, economically and politically after it becomes an independent Nation, is to be found in cultural homogeneity.

Japan is just a string of Islands without any oil. It has the world’s three best selling cars in world history without having any steel or able to grow any rubber plantation to make tyres. It has economically conquered the world. Look at the State if Israel, what does it have and how big is it that all the Arabs are powerless at its feet. The age of Metuselah is nothing compared to the Wisdom of Solomon. The bigness of a country is not directly proportional to its prosperity, power and prestige. Check out Norway and other Scandinavian countries to appreciate this fact.

It is meaningless to assume that bigness is everything. Statistics and facts available does not support that bigness is always a good thing. When Muammar Gaddafi visited Nigeria in 1982. His first statement at the Murtala Mohammed Airport was “Some nations are big for nothing,” as a way to express his disappointment in Nigeria.

Our detractors often try to suggest that the Yoruba are disunited. Nothing could be farther from the truth. The Yoruba are very united. Do not buy the bogus propaganda that we are divided. We are ONE because we are children of the same father. We will rally together. We will build a country that will be the envy of the others. We will demonstrate that the Blackman is not cursed. We will through sheer hard work and determination which are our hallmarks build a country that its peoples will be very proud and the world will have no choice but to respect. We will revitalize our culture. We will re-engage with our values. We will restructure and modernize our language just as the Jews did to Hebrew after the creation of the Israeli nation in 1948.

Oodua Nation will be born. It is the destiny of the Yoruba people to be free and to give a lasting legacy to their children, posterity and the world.

Welcome to OÒDUÀ NATION!
"In the long history of the world, only a few generations have been granted the role of defending freedom in its hour of maximum danger. I do not shrink from this responsibility - I welcome it."